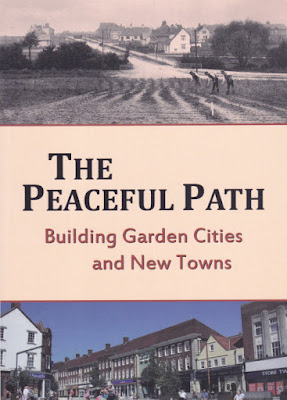 When the Genealogy in Hertfordshire web site started the idea was not to cover the more recent history of Hertfordshire - concentrating on the 1901 census and earlier. This automatically excluded any serious look at the history of Letchworth Garden City and the later development of new towns in Hertfordshire.

Time moves on and the site now covers to the end of the First World War and before the site finally goes into "archive mode" I felt it would be useful to include some links to books which deal with the very significant changes which affected significant parts of Hertfordshire. The book The Peaceful Path, by Stephen V Ward provides an excellent introduction as is strongly recommended. It was published in 2014 by Hertfordshire Publications, and is still available.

This is one of my Hertfordshire History Books for Christmas

Posted by Chris Reynolds at 7:13 AM