For various reasons I have not done many things I had planned to do during September - including posting to this blog. I need to relax - and using these pictures as wallpaper is helpful - although taking a break and walking round the Nature Reserve is even better.
click on pictures for larger images
Posted by Chris Reynolds at 10:32 PM No comments: 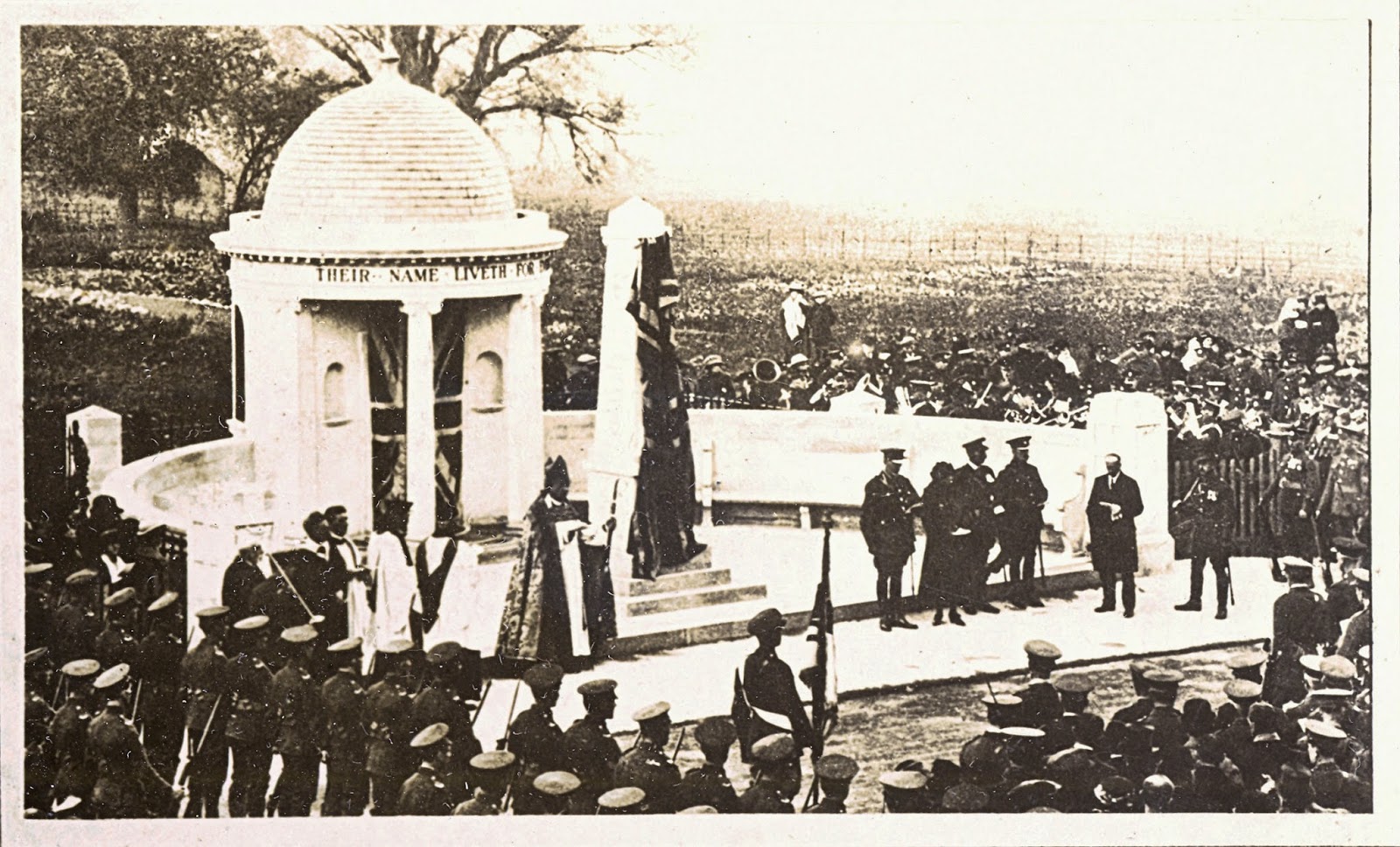 I have just posted details of an interesting photobook  relating to the 2nd Battalion, Beds & Herts Regiment, in India in 1923/4. It contains a history of the regiment (I have quoted the section about the First World War, which identifies the V.C.s) together with many photographs of the officers and men in India. 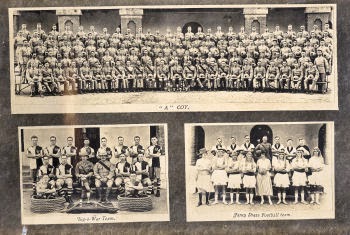 Posted by Chris Reynolds at 8:36 AM No comments:

I have just posted extracts from The War Journal of Bernard Joseph Brookes which I recorded in 1994 when I was drafting The London Gunners come to Town. It covers the period from August 1914 to the beginning of November, 1914.


My original notes are shown unchanged (apart form some minor formatting differences) but I have added some brief biographical details and a portrait photograph of Bernard taken later in the War.

One interesting a feature is that in 1994 I added a footnote about Military Firing Ranges which reads:

The firing range used was probably in the grounds of Mr Secretan's house, The Dell, at Bennett's End, presumably a disused brick pit. The main military ranges were at Gorhambury, and at Chalk Hill, Westfield Farm, St Stephens. However work on constructing these ranges only started towards the end of September and the earliest record I have found of them being used in November, after the Queen's Westminster's had left Leverstock Green.

So I had the answer to the question "Where is the Chalk Hill firing range?" all along - but in an obsolete format - which my searches were not recognizing it!
Posted by Chris Reynolds at 1:44 PM No comments:

Some Jokes about Milkmen, from Jacob Reynolds' Scrap Book 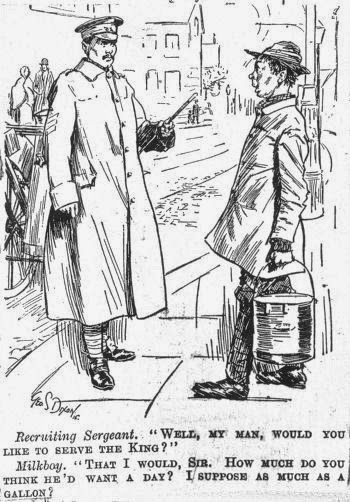 At the recent conference on St Albans at War there was mention of the way soldiers were recruited, and also some of the problems of keeping the town supplied with good quality milk, and the problem of adulteration. This reminded me of a 1915 carton in the scrap book kept by my great grandfather, Jacob Reynolds.
The page contained a number of other humorous stories - mainly about the watering down of milk - that Jacob collected.
See them all.
Posted by Chris Reynolds at 11:27 PM No comments:

Read more »
Posted by Chris Reynolds at 7:04 PM No comments:

The next Hertfordshire Family History Society meeting will be on Saturday, September 27th

Posted by Chris Reynolds at 5:32 PM No comments:

This First World War Army Hut was built as part of the Gadebridge Army Camp, Hemel Hempstead, in 1915. After the war it was purchased by Tring Parish  for use as a district church, St George. It later became  the New Mill Community Centre. The site is now to be redeveloped for housing and arrangements have been made to move the Hut to a site near Bury St Edmund where a reconstructed Army Camp is being built. Work has just started and the site will be cleared to be ready for the builders by the end of September. I visited the site this afternoon and had an interesting talk with Taff Gillingham, who is moving the hut.

Posted by Chris Reynolds at 11:45 PM No comments: 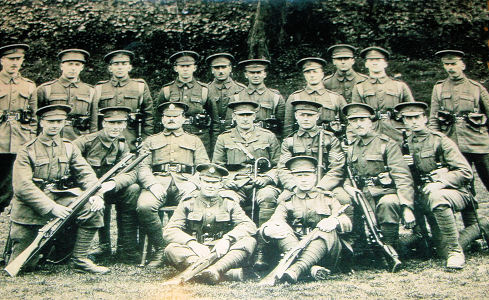 More Information.
Posted by Chris Reynolds at 8:15 AM No comments:

I am insulted by the Historypin software

As I am updating my own site I am posting pictures on the "Hertfordshire on the Map" project, deliberately choosing examples which demonstrate the varied needs of any serious historian working in a county whose history goes back to Roman times and earlier. I had already run into difficulties because the software required every picture to be dated and I had discovered that the earliest date acceptable appeared to be 1840. This meant that to post an early engraving or map meant I was forced to lie about the date - and I have already sent a letter querying this clearly unacceptable aspect of the "Hertfordshire on the Map" project. Interestingly the selection slider on at least some of the  pictures that I have examined goes down to 1750 but there appeared to be no way of entering a date before 1840.

I decided to add a cartoon picture post card from 1908, by an unidentified St Albans artist, signing himself Karaktus, associating it with the house/shop at 23 Catherine Street, St Albans, which was also used by a photographer who took pictures of troops in the area during the First World War. I entered the picture and then the address - to be presented with my picture pinned on a strange map - which happened to be in the United States. OK - once spotted that was easy to correct but surely if you are working on a project for Hertfordshire the software should AUTOMATICALLY assume all locations are in or close to Hertfordshire.

I then had to select a date - and much to my surprise I noted that the list of dates offered now went down to 1750. I assumed that someone had spotted that I was trying to enter pictures before 1840 and removed the at least part of the idiotic restriction. In my surprise at finding this "extension" I accidentally selected 1808 rather that 1908 and received the message:

If you have a few pics from prior to 1840 please get in contact, otherwise stop messing with our form!

OK I had made a mistake this time but when I was trying to post a map of 1808 a few days ago I wasn't even given the option - or the dubious benefit of an error message -and had to lie that it's date was 1840. However I got the message, let me make it quite clear that the above error message is completely unacceptable for the following reasons..

I will say no more at this stage, but will be writing a review of the suitability of the software, and will take into account any comments posted below in reply to this posting - and any response I get to an earlier private email.
Posted by Chris Reynolds at 4:18 PM 1 comment:

Email ThisBlogThis!Share to TwitterShare to FacebookShare to Pinterest
Labels: Hertfordshire on the Map, Historypin

In January I posted the above picture and noted that on the back in named "Percy Cupid, born October 1907" but couldn't find him in the 1911 census.

Recently Ray contacted me to say he had found a Percy Cupid Bush of the right age in North Kensington, London, and I have now confirmed that Percy was born in late 1907 and his father, another Percy Cupid Bush, moved to Watford in about 1914. Members of the family were still in Watford in 1969. There can be little doubt that it is the right Percy Cupid - leaving 49 other unnamed young faces ...
More Information
Posted by Chris Reynolds at 8:48 PM No comments:

A Card with an unusual connection with St Albans 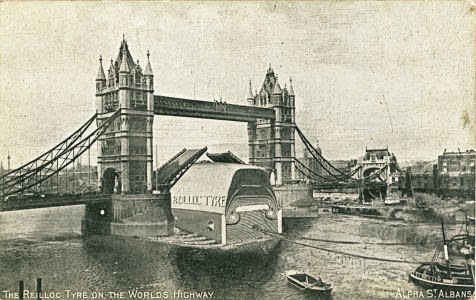 This post card recently came up for sale on ebay - and I couldn't resist it. I needed to find why an extremely unusual advertising card had been published by the Alpha Trading Company of St Albans.

It turns out that the inventor of Reilloc Tyres lived in St Albans,  his son worked for the movie film pioneer Arthur Melbourne-Cooper, and the picture may be a still from a very early advertising film.

Full Details
Posted by Chris Reynolds at 8:30 AM No comments:

Preliminary Trials with "Hertfordshire on the Map"

It is possible that I could make use of the "Hertfordshire on the Map" facilities to help to share information across the web and the "pins" have been selected range from a football team to a map and include a collection of pictures of medieval fields, one of which is over the border in Buckinghamshire. As my increasing age (and the increasing age of the software I use) means that the future of my web site needs careful planning I would be grateful if everyone who reads this could visit at least one pin, and leave a comment, even if it is that you visited a particular page and liked (or more importantly disliked) what you found there.

There are two comments I want to make, meaning you don't need to add yours:


Remember - the more helpful the comments the easier it will be for me to plan the future of the "Genealogy in Hertfordshire" web site.
[All comments are moderated so may take some time to appear]
Posted by Chris Reynolds at 12:42 PM No comments:

Launch of the Hertfordshire on the Map Project 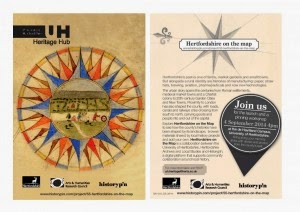 The ‘Hertfordshire on the Map’ project is a collaboration between the Heritage Hub at the University of Hertfordshire, Hertfordshire Archives & Local Studies, and the web site Historypin.

This afternoon afternoon I attended the well attended inaugural meeting at the University of Hertfordshire. The aim is to build a collection of photographs and related stories linked to a map of the county, and to encourage people and organisations such as local history societies to share details of their own research. 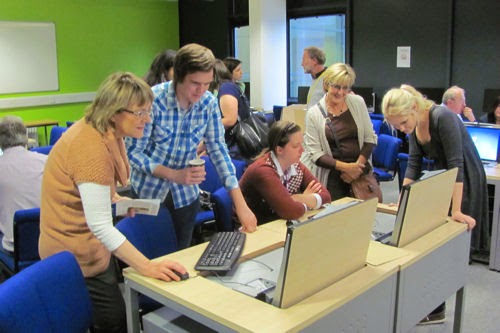 After the talk a number of the people took part in a workshop where the first pictures were uploaded. It looks an excellent scheme and I will look to see how far I can link my own site to it so that information and pictures can be shared more widely. While I am taking things quietly this month (our Australian visitor arrives at Heathrow tomorrow morning) I will try and upload a number of pictures (both modern photographs and old images) onto the site over the next week or so and report back here on how I got on.
Posted by Chris Reynolds at 11:17 PM 2 comments:

It looks obvious - but don't jump to conclusions

In 2001 I answered a question about the Holliday family of Berkhamstes. Now Diana has drawn my attention to the fact that in 1861 William Holliday (46, born Berkhamsted) and Charles Holliday (37, born Berkhamsted) were both living on the tiny island of Tresco, in the Scilly Islands, off the tip of Cornwall. Charles worked as a house servant for Augustus Smith, of Ashlyn's Hall, Berkhamsted, and self-styled Lord Proprietor of the Isles of Scilly.. William was a farm bailiff, presumably also working for Augustus Smith.

Surely William and Charles must be brothers - Well No.
Well at least First Cousins - No again
I didn't follow this back further but they can't be better than 2nd cousins .... [Details]

And if this is not warning enough about jumping to conclusions read
Right Name, Wrong Body


The Holliday Family Links with Augustus Smith and the Scilly Islands

Posted by Chris Reynolds at 7:50 AM No comments:

Just to let you all know that in a few days time we are welcoming an old friend from Australia, and they will be with us until early October.

I feel the visit should be an opportunity for me to relax and my genealogy web site will take a back seat for the next 5 weeks. I will still be around to answer emails, including any "Ask Chris" requests, and I will post any news items on this Newsletter when I have time. I may occasionally tweet or retweet on @HertsGenealogy - but the only major items may be another chapter or two of The London Gunners going online - as I have already done most of the preparative work.
Posted by Chris Reynolds at 7:04 AM No comments: