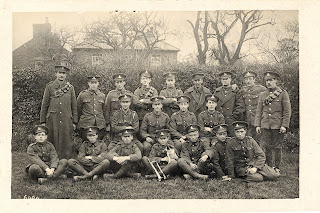 Harry Cull was a picture framer in Watford, who also produced post cards of groups of people - both before and after the First World War, but particularly of troops from the 2nd London Division of Territorials who took up war stations in the St Albans area in August 1914, and also of the successor troops once the first wave had gone to the front. See Harry Cull, Photographer, Watford. 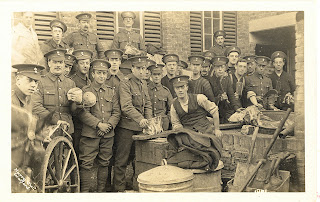 Because they are real photographs it is possible to enlarge the images to get a clear view of the individual faces and often identify the cap badges. In addition many of the cards carry a negative number (undoubtedly for re-order purposes) and this means that it is possible to reconstruct a date sequence linked to the troop movements in the area.

I've produced high resolution images in the hope that some readers will be able to identify individual shown in the pictures. In addition there is a request for help. If you know of any post cards (or other photographs) by Harry Cull which are numbered, or where the date or troop units are known (possibly from enlargement of the cap badges) I would be very interested to receive details so that I can produce a more accurate date schedule. 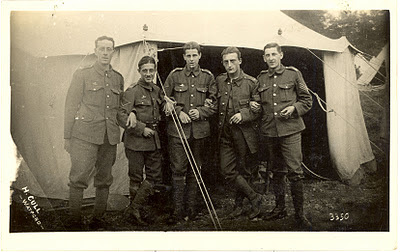 Posted by Chris Reynolds at 1:19 PM