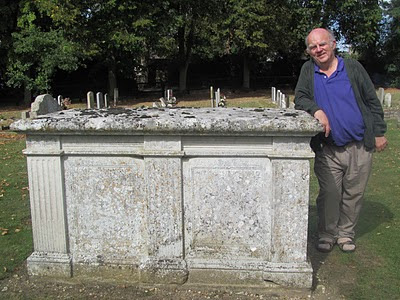 This is turning out to be a busy month - with an Australian visitor staying with us for much of the time, an old school reunion, our 50th wedding anniversary celebrations still to come, and, more sadly, a family funeral. A few days ago we took our Australian friend to see Norwich Cathedral and on the way we broke our journey at a small Cambridgeshire village, Chippenham, just outside Newmarket.

When I started seriously researching my ancestors in 1977 one of the my first discoveries was an impressive row of Reynolds graves. and, after a quick check to confirm they were still there using google's satellite view I decided I would photograph them in detail for this blog and also resume a much delayed activity of posting information of my own ancestors on this web site.
. 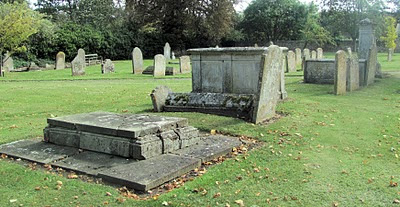 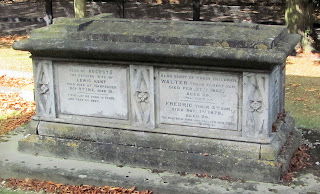 While the graves are not in Hertfordshire they are of interest to this site because the family forms part of a complex network, already described on page 3 of Who is related to Who? Elsewhere in the churchyard is the Kent alter tomb, and the inscription tells us that Augusta Kent died in Harpenden, Hertfordshire.  Augusta was Philip Reynolds' niece while one of her husband's relatives married a daughter of my great great grandfather, Jacob Reynolds in St Albans in 1904.

William Reynolds, Philip Reynolds and Lewis Kent were all tenants of La Hogue Hall Farm in the 19th century. By the time we had discovered that the farm is being run by a young couple with a farm shop and a pleasant restaurant, we only had time to make a quick stop - but hope to see more of the place later. I wonder what my 4x great grandfather would think of it if he could see it now.

Posted by Chris Reynolds at 8:49 PM