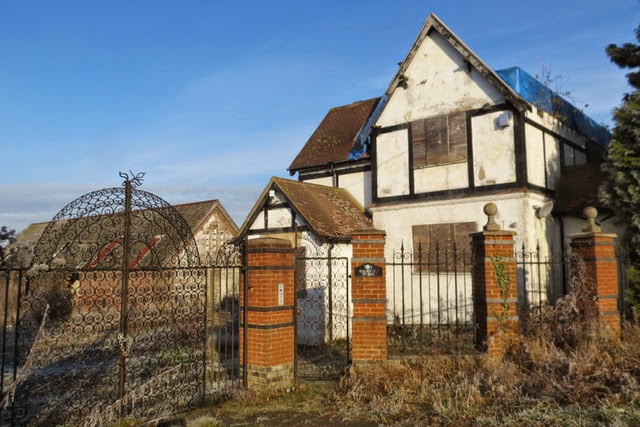 I have just has a request from Elizabeth for a picture of Gamnel Farm, New Mill, Tring, before the fire. Her great-grandfather, James Parker Wilkins was farm manager there as farm foreman in 1901 and a history of the farm was recently printed in the Tring & District Local History & Museum Society Newsletter.

I had taken some photographs after the fire, and before the demolition of the house, the demolition probably being undertaken to prevent the unoccupied house being used as a drug den. After taking the photographs I posted them on the web site Geograph - including high resolution images for anyone who wants them. The picture are: There are a lot of other pictures taken by people who had entered the house in the years after the fire and these mainly show that the last occupier had decorated it extensively with mosaics - providing an interior totally at odds with the what one expects to find in a Hertfordshire farm house. You can find these pictures at the following places on the web.
While these sites concentrate on the unusual decoration, and on evidence of the vandalism, they also include some pictures of the buildings, such as this one. 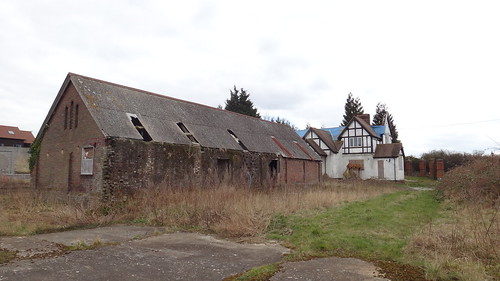 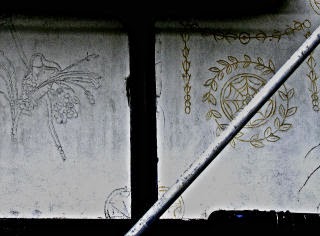 However the farm house was decorated before - on the outside - and the only picture I can find is on Geograph - taken after the fire by David Sands.

At least on the wall adjacent to the road the plaster panels were covered with pargeting - pictures and patterns carved into the wet plaster when it was applied. I know that this pargeting is comparatively new (and rather crudely done) as I remember in the 1960s or 70s there was far better, and undoubtedly much older, pargeting which was lost when the farmhouse was modernized and the outside re-plastered.

So please - if anyone has pictures of the old farm and farm house before the fire - and especially of the original pargeting - please let me know, and I will pass details on to Elizabeth.
Posted by Chris Reynolds at 9:26 AM