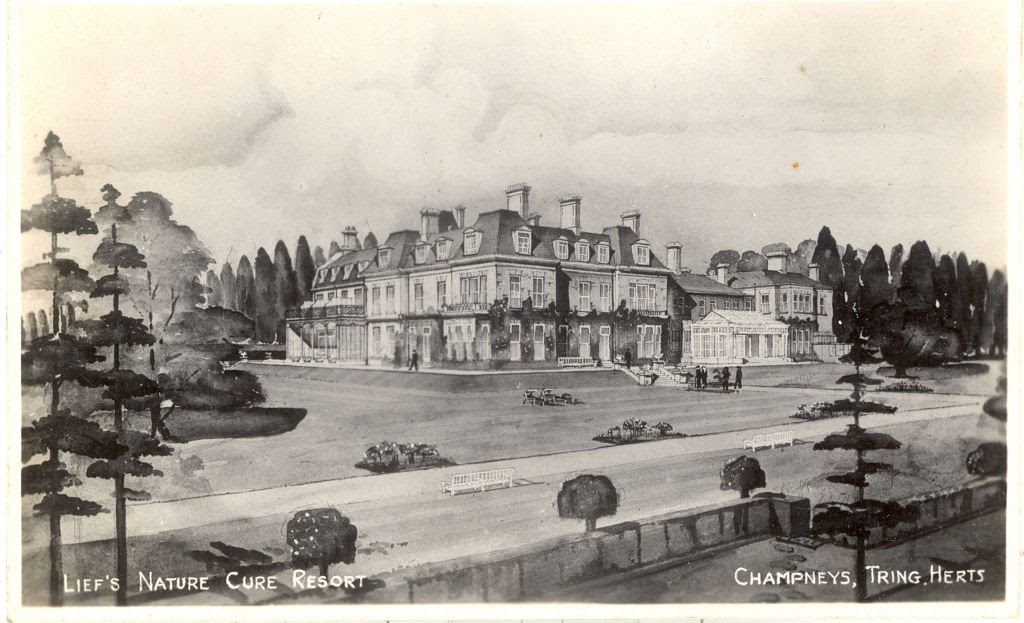 Stanley Lief opened the country's first nature cure resort at Champneys, near Tring, in 1925 and I was delighted to acquire this very early post card of the resort. At the same time I also acquired a later picture of the resort on the back of a playing card, showing it after the tennis courts were built.

Were any of your ancestors among the early visitors to this novel idea? Or perhaps they lived or worked in the house before Stanley Lief purchased it? Stories (and particularly photographs) of downstairs staff in the big houses of Hertfordshire are always of interest.
Posted by Chris Reynolds at 8:41 AM