Important changes to the GENUKI pages

The GENUKI web site is currently being updated and this is affecting the links to parish records included on this web site. The current situation is as follows:

If you enter the GENUKI web site via the "Key Web Sites" option on my home page menu you can still reach the old GENUKI pages for a given parish.but the GENUKI home page includes the message:


We are in the process of upgrading the site to implement a content management system.

However if you try to enter the parish web page from the links on my pariah the link no longer works.

I am waiting to see when the situation stabilizes and may then use the change to carry out a review of all the common direct links and update all affected parish pages over the next month or so.
Posted by Chris Reynolds at 9:23 AM No comments:

Restrictions on the "Ask Chris" facility

Due to a variety of reasons the time I can spend on the site has become more limited and I have decided to impose the following restrictions on the Ask Chris service:

There is a considerable backlog of maintenance and updates to be done and as a result I can no longer offer such a detailed service until the backlog is cleared. (See introductory page for details).

I still welcome messages and queries sent to chris@hertfordshire-genealogy.co.uk on the following subjects:

Corrections and significant new information relating to existing pages (which should be clearly identified as the site contains many thousand pages).
News items (with full details) of events and publications relating to Hertfordshire history for use on the Newsletter
Queries relating to re-use of material on this site
Offers of new digital images of post cards and CDV, etc. (but NOT from copyright books and similar sources) which add to those already displayed on this site.

I am afraid that for the time being I can no longer answer simple birth, marriage and death type family history questions or routine questions about the history of private houses
Posted by Chris Reynolds at 8:47 AM No comments:

Can you help identify Sydbie, a Hertfordshire Water Colour Artist circa 1905?

"Sydbie" was a water colour artist who pictures of Hertfordshire appear in three post card series.

The first series of six was published in about 1905 by the somewhat mysterious "Water Colour Post Card Co." which may have been what we would now call vanity publishers. However the number of cards showing views near Barnet that appear on ebay suggests quite a number were sold.

The second series have a distinctive logo on the back and show views of St Albans (2 known) and my also have been privately published in about 1906,

Finally in about about 1908 at least three of his watercolours of St Albans were published by Boots in the Pelham series.

A couple of says ago Terry contacted me to say that he owned the original water colour painting for one of the cards (see picture) and this reopens the key question:

It seems likely that he was an amateur artist who lived in the Barnet and/or St Albans area in about 1905 and may have had a name like "Sidney B, ????" or "Sidney B?????."  Can you help? And do you know of any other of his paintings or post cards?
Posted by Chris Reynolds at 10:06 AM No comments:

Posted by Chris Reynolds at 10:25 AM No comments: 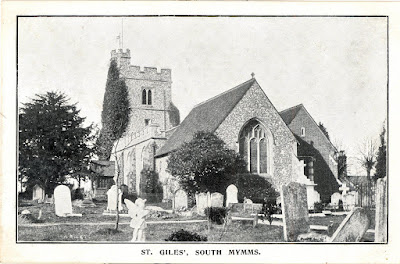 I have update the page containing information and higher resolution pictures of South Mimms & Potters Bar
See Web Pages
Posted by Chris Reynolds at 10:54 AM No comments:

I am currently sorting out my large collection of Hertfordshire post cards and earlier CDV & Cabinet photographs and plan to expand this area of the web site to help you to date old photographs and post cards. Over the last three month I have updated the following pages - in some cases adding significant new material while in others simply add an earlier postal date for a post card.

Expect many further updates over the coming months
If you can let me know of other relevant material to include do not hesitate to contact me. 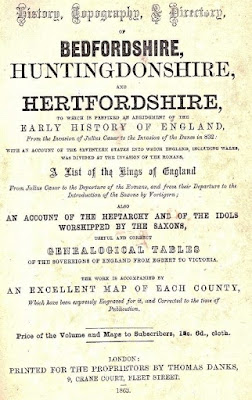 It is not possible for me to scan every genealogy and history web site for other online copies of Hertfordshire directories - or cases where indexed by name information is available a genealogy web site - so if you know of any that I have missed please add a comment below.

Posted by Chris Reynolds at 10:46 PM No comments:

Email ThisBlogThis!Share to TwitterShare to FacebookShare to Pinterest
Labels: Directories 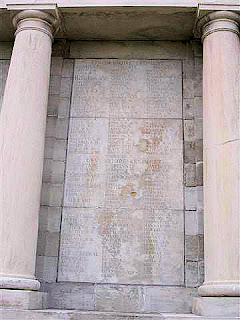 Posted by Chris Reynolds at 9:19 AM No comments: 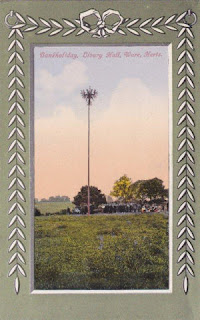 Libury Hall was set up as an Arbeiter-Kolonie for out of work Germans by 1902 and was used to hold elderly and infirm Germans during the First World War.

Nicholas has provided two post cards of the colony dating from about 1910.
More Information
Posted by Chris Reynolds at 7:43 PM No comments: 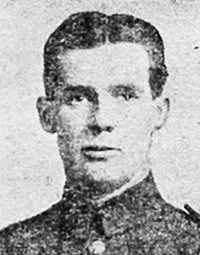 Leonard George Fisher (1892-1916) of Redbourn was one of the Hertfordshire men who died in the battle for the Somme in 1916.

Jonathan has kindly provided a biography - including details of the battles he fought in. 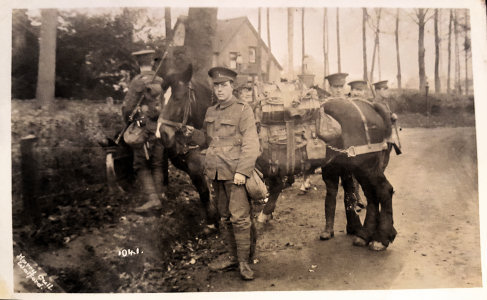 Heather has kindly supplies a picture, taken by Harry Cull, of Watford, which used to adorn her grandfather's desk. He was Pte Vincent Lamb - and may be the man behind the horse's head.


More WW1 and other pictures by Harry Cull
Posted by Chris Reynolds at 9:08 AM No comments: 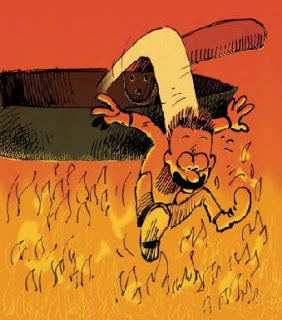 Over the recent weeks I have been involved online, via a FutureLearn course, in extensive online debates on the recent referendum.

At a time when we are remembering the horrors of the Battle of the Somme I am saddened that so many people are distrustful of our European neighbours and have decided to up anchor and sail the United Kingdom ship out into the unknown.

Don't get me wrong - there are many things wrong with Europe - but all large organisations have problems and none are perfect. To me the threat of a third world war, fought by terrorists, is far more dangerous in the short term - and climate change will present future generations with far more serious challenges.

What will happen next? The winning side is crowing that "Britain is strong" at a very time that our "democratic" system is presenting a soft underbelly to the world. An internal squabble in a government voted for by less than 25% of the electorate escalate the row in a way that leaves the country bitterly divided. Any government which calls a referendum which could radically change the country without having a fully prepared "Plan B" is grossly incompetent. At the same time the opposition is falling apart because of the failures of past governments to properly address the London/Rest of England divide. The captain of the ship has caste off from the shore without getting the approval of parliament (which is the body elected to make such decisions) and then falls on his sword. The captain-presumptive has been knifed in the back by his colleagues who say that it will be impossible to keep some of his promises. People who simply look life foreigners are being insulted (or worse) in the streets.

At a time when we are showing the world that we are too incompetent to govern ourselves properly we expect the rest of the world to take us seriously!!!!
Posted by Chris Reynolds at 8:32 AM No comments: