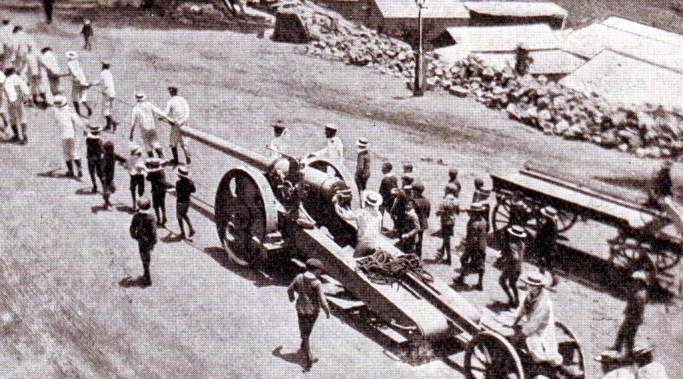 When I was researching The London Gunners come to Town (of Hemel Hempstead) one of the artillery units involved was the 2nd London Heavy Brigade, who were bases at Kings Langley for Christmas 1914. I have recently discovered a press cutting which shows that about a month before they went to France the moved just over the county boundary to Ivinghoe - with their gun, which had been used in the Battle of Ladysmith, in the Boer War.
Click here for more details.
Posted by Chris Reynolds at 9:11 PM