Recording Tring - and other distractions

I am afraid that running this site has had to slip down the queue of priorities - and as the site tends to be quietest in the summer months don't expect regular postings over the next two or three months - although I hope to continue to replay to all appropriate emails.. However some of the competing activities may be of interest to some of you. 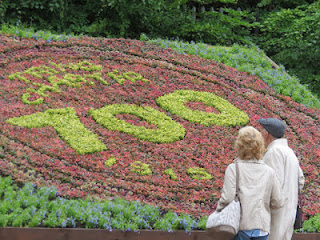 Tring celebrates the 700th anniversary of its market charter this year - and I have become involved in helping to produces a photographic record. This fits in well with my regular keep fit walks round the town. The final archive will not appear until later and I have am using a blog, Recording Tring in the 21st century, to act as a record of what I am doing - and you are all welcome to have a look.

I am also giving two talks to the Tring U3A - one on Historical Research using old Newspapers, and the other on Brickmaking in Hertfordshire and details will be added to the Hertfordshire Genealogy web site.

A completely different activity relates to my former university research on my blog Trapped by the Box. A paper relating to the way the computer industry expanded so fast that good ideas may have been lost has been published under the title Algorithms aren't Everything. As a result I am currently drafting a paper relating to the evolution of the human brain - progress being reported on the same blog.

Another less welcome task is to sort out my computer systems. Until recently all work was being done under windows XP and I am now regretting having moved to Windows 8. There is also a related problem that means it is harder to update the Hertfordshire Genealogy web site.

And finally it is summer - and if you think I am going to spend all my time indoors at a computer keyboard - forget it - I will be trying to enjoy the fine weather as much as possible.
Posted by Chris Reynolds at 3:53 PM No comments: 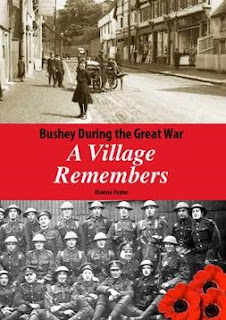 The St Albans Arc and Arc Society have issued the following announcement:

"The new edition of The Street Memorials of St Albans Abbey Parish, original book by Alice Goodman, this new edition by John G E Cox and Ann Dean, is now available. It has been updated and now contains information about all but one of the soldiers commemorated on these memorials.

The book is currently on sale at the Abbey's bookshop and the Tourist Information Office at the Town Hall, priced £9. It is also available at the SAHAAS library on Wednesday and Friday mornings at a discounted price for members of £8."

I have put it on my list to get a copy the next time I am in St Albans - but due to my current "overload" position it may be some time before I can find time to publish a review.
Posted by Chris Reynolds at 4:39 PM No comments:

A Note on Hertfordshire Parish Graveyards

Grave boards at Ayot St Lawrence from a postcard published circa 1905.


I frequently get requests from people who have discovered that their ancestor was buried in a particular parish and are planning to visit - so a brief summary of what they might find is appropriate.

Before about 1800 nearly all burials would have been marked with wooden grave boards, such as the above examples, and some were still being used a hundred years later. Typically after 50 year the wood would be rotten and for many centuries the grave would have been renewed. The very few graveboards that remain will be completely unreadable unless they have been renewed.

While a few late 17th century grave were given headstones they typical materials used in Hertfordshire mean that often it is not even possible to see if there was an inscription. During the 19th century the use of gravestones became common - and in most of the towns the churchyards fill up and town cemeteries were opened - and burials ceased in the church graveyard.

Maintaining a graveyard full of stones of the long deceased can be an expensive business and many church graveyards have been tidies up - particularly in towns. This may (if you are lucky) means laying the stone flat - inscription up - so it can be mowed over. In other cases stones are leaned against the churchyard wall, used to make paths (and in one case I have seen the walls round a compost heap) or taken to the tip. - Some 50 years ago I was horrified to find that the beautiful pink granite slab on one of my great great grandfather's tombs had been scrapped in this way.

So if you are planning a visit be sure to check the burial register (at HALS or online at FindMyPast). Find out if the Herts Family History Society have indexed what is left. It can also help to look for online photographs of the church (Google satellite or street views, Geograph, etc) to see if any tombstones remain.


Further advice on family events is available on the main web site - although some has not yet been updated to include the latest online sources.


Posted by Chris Reynolds at 4:20 PM No comments:

Was this a wrestler? Can you help.

Posted by Chris Reynolds at 3:25 PM No comments:

Herts at War Talk "Remembrance and the Great War" (Thursday)

Taff Gillingham is a military historian who has spent the past 20 years advising film, television and theatre productions with varying degrees of success! He has been collecting British and Commonwealth militaria since he was six years old and has built up a vast knowledge of the life of the British soldier in The Great War. He was a founder member of The Khaki Chums. He is a co-director of Khaki Devil Limited; a company specialising in accurate uniforms, equipment, weapons and props for the film, television and theatre industry. The company owns a trench system which is used for filming productions such as the recent Sainsburys Christmas advert. Taff is also a former Trustee of The Suffolk Regiment Museum, Chairman of The Friends of The Suffolk Regiment and Chairman of the Suffolk Branch of The Western Front Association.
Posted by Chris Reynolds at 7:27 AM No comments: