Delays in responding to genealogy emails 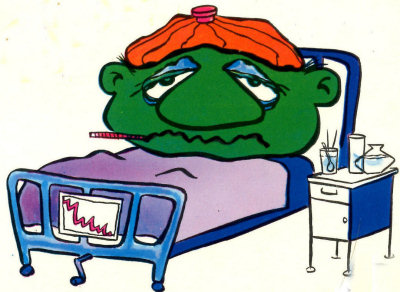 Don't get too worried. I am not actually confined to bed but various factors, including a bad cold I caught before Christmas, have aggravated my Asthma and the picture represents how I am feeling at present.

Since Christmas I have had a number of emails on various matters - and the fact that people are still using the site and asking questions or suggesting updates, cheers me up - and at the moment I need cheering up - so getting even more genealogy emails is fine.

However if you are one of the people whose email is in the queue to be answered be assured that I haven't forgotten you - but the reply will have to wait till I feel better and cleared some of the more important domestic duties which have also been neglected because of my health problems.
Posted by Chris Reynolds at 11:30 AM 3 comments: 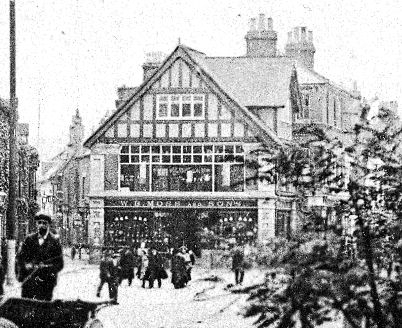 In 2010 I answered a question about the shop run by Moss in Hitchin, and ther have been several updates since. One of the outstanding questions related to the number of branches and Diane, who worked for the company some 55 years ago has kindly provided a list of the shops circa 1960.


More Information
Posted by Chris Reynolds at 1:50 PM No comments: 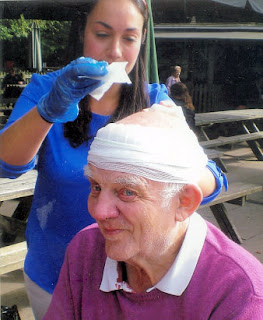 A year ago I reviewed the challenges to my time and how they might affect this web site.  I set the top priority as keeping fit and despite one dramatic incident,  involving a ride in an ambulance, which proved not too serious, my physical heath has continued at a reasonable level for my age. In particular the use of a fitbit with reasonable targets (8000 steps most days a week - and an average of 20 minutes brisk walking or a swim) kept me on the move.

As expected activity on the Genealogy in Hertfordshire web site decreased in 2016. I have definitely abandoned all attempts to move the maintenance of the site to Windows 10 because of software "old age" problems - which means that keeping the site running means keeping the desktop computer with the master copy operational as long as possible. One side effect of my decreased activity is that very little money has been raised in the year for the mentally ill of Hertfordshire compared with previous years.

As for the coming year I hope to keep things rolling along - but there may well be periods of several weeks where the site will have to take a back seat - and I may well concentrate on posting up some of the more important historical research stuck in the pipeline and try to avoid spending too much time on completely new research.

And a P.S. Various matters have kept me very busy over Christmas and the New Year - to the point that this message was prepared to go out on January 1st - and somehow got forgotten ....
Posted by Chris Reynolds at 1:38 PM No comments: