Report of the HALH Symposium on Sport in Hertfordshire 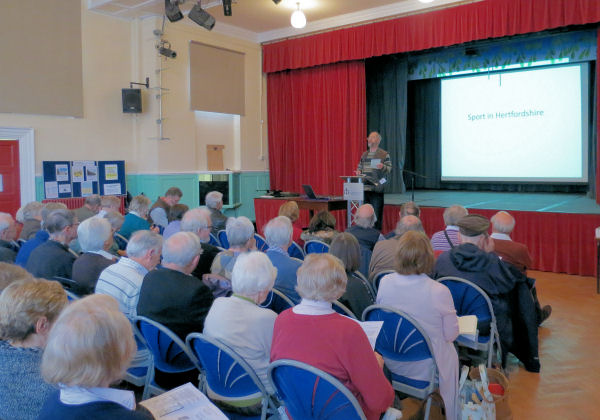 The 33rd Hertfordshire Association for Local History's symposium was held at St Edmund's College, Standon and there were some very interesting papers. John Pearson gave an enthralling talk on "Cycling in the Edwardian Period" illustrated with a large number of pictures of bicycles and their riders. These helped to explain the way that the coming of the bicycle encouraged people to come out into the countryside around London - especially Hertfordshire, in the period prior to the First World War. I enjoyed Alan Thompson's talk on the impact James I's interests in Hawking and Hunting affected the landowners who acted at hosts when he visited their estates, but did not make detailed notes as I felt it was less relevant to the readers of this newsletter. I made more detailed notes of David Short's talk on the fields where football was played - and Julia Moore's talk on Golfing in Hertfordshire in the late 19th century, and I will be reporting separately on these. A number of local history societies, and HALS, had displays with recent publications on sale - and I plan to post later on some of wider interest. 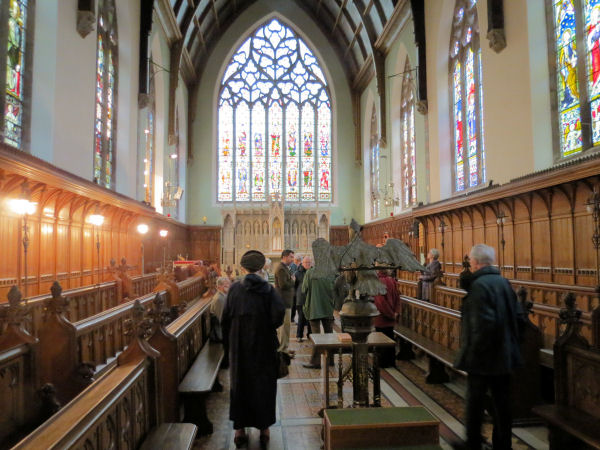 In addition there was the chance for the headmaster to show us the Pugin Chapel, a spectacular mural and some of the interesting objects, relating particularly to the history of the Roman Catholic Church in England since the Reformation, and documents in the college museum.

Next year's symposium will be on 2nd November, 2013
Hertfordshire's Buildings
The traditional building materials
Posted by Chris Reynolds at 8:50 AM