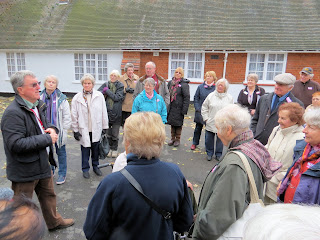 A most enjoyable tour round some of the key buildings of this formerly top secret military secrets centre which included seeing the rebuilt Colossus computer and the "Bombe" designed by Turing to break the German Enigma code. (For more details on the technical side see The Colossus at Bletchley Park.)

I did not have time to look round the National Museum of Computing but there were some other displays of interest to the historian , and the display of the interior of a typical wartime kitchen and living room brought back vivid memories of my childhood. 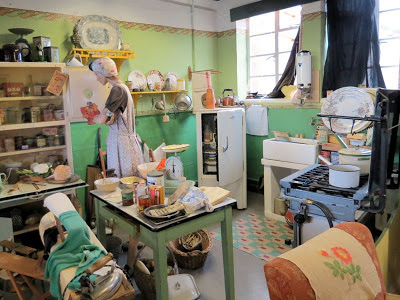 Posted by Chris Reynolds at 6:06 AM