What is an Arbele Tree? 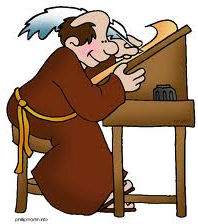 When you are working with any old documents you will come across words whose meaning you don't know - and they may be archaic or dialect words. In looking at Folio 41 of William Brown's Account Book I found the above entry in the account for Joseph Grout of Tring Park.

The entry is clear. In 1851 Harris (possibly Joseph Harris, builder, of Berkhamsted) cut down a number of arbele trees, and a few months later cut down two more. While the exact location is not stated William Brown handled other transactions for Joseph Grout relating to a farm at Wilstone occupied by William Greening.

So what is an "arbele" tree. It is clearly not an Ash, which is mentioned on the same page, and an 1850 newspaper advert also rules out beech, elm, sycamore and fir. I turned to my collection of modern printed dictionaries and none of them included it. My Webster's Dictionary (1860 edition) does not have it - the nearest word being "arbalist" which was an old word for a cross-bow. Perhaps arbele wood was used to make the shaft of a cross-bow I thought - but I am sure Harris did not want to make crossbows. The original printed Oxford English Dictionary didn't have it either - but its coverage of agricultural and other technical terms has many missing words. However the online edition of the Oxford English Dictionary gives the following definition:

This is where you must be careful not to jump to conclusions "just because the dictionary tells you." The quotations used to support this definition are in most cases unclear about which species of poplar tree is being mentioned. If we visit the area of William Greening's farm there are black poplars everywhere. They were obviously deliberately planted in the hedge rows (because there are only male trees they could not be self seeded) and the oldest trees might well be a couple of hundred years old. All the older ones have been pollarded. All the evidence suggests that they were considered as a commercial crop. There is one problem. They are black poplars, not white poplars.

See The Black Poplars of the Wilstone Area for the evidence for arbele being used to describe black poplars - at least in the Vale of Aylesbury area.

Please let me know if you find other places where the word has been used.
Posted by Chris Reynolds at 8:00 AM