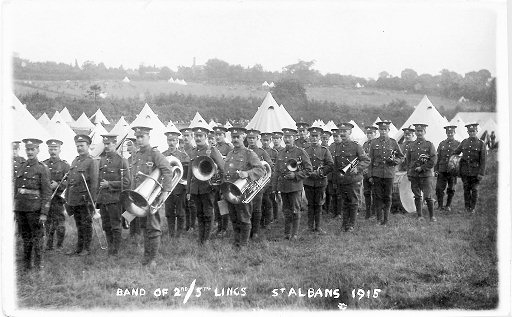 During the Summer of 1915 a large tented military camp was established in fields in the St Albans area but its location is uncertain. A great many pictures exist but apart from showing the soldiers, the tents and open fields there had been an absence of identifiable landmarks. ... until now ... 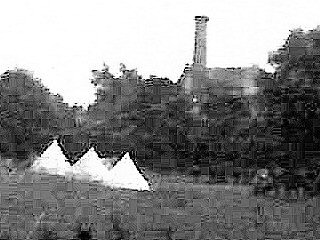 Chris Bailey is researching the Lincolnshire Regiment and has also been puzzling where the 2nd/5th Lincs spent the summer of 1915. He has provided seven pictures taken when they were based in the St Albans area, which I have added to the end of the Briton's Camp page. Two of the pictures of the camp include distant images of a number of buildings (possibly set along a road) including one which could be a factory with a large chimney. This suggests that the camp was close to a built up area.

Other pictures, all believed to be of the St Albans area, contain identifiable features. One shows a line of railway carriages and a different factory. Another shows the troops in procession in a built up area. 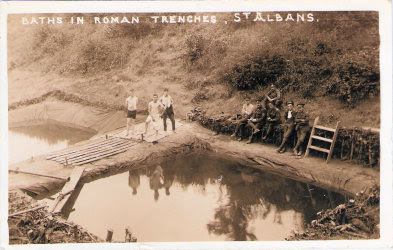 I assume the "Baths in the Roman Trenches" is at Beech Bottom.

If anyone can identify the location of any of the pictures Chris would be love to know and I will also label the pictures accordingly.

Either comment below or use "Ask Chris" on the main web site.
Posted by Chris Reynolds at 7:40 AM