Is this a Hertfordshire Regiment Summer Camp? 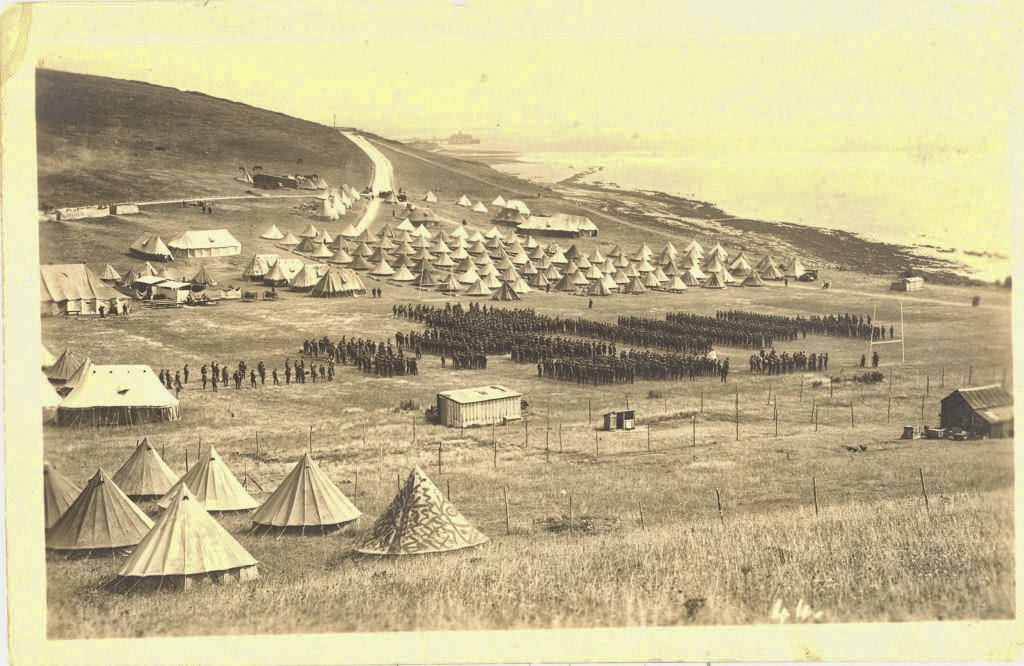 I am currently investigating some soldiers who were members of the Hertfordshire Regiment (Territorial Force) in the Waltham Cross area prior to the outbreak of war and fought through the war. This post card shows an army camp at Eastbourne and I suspect that it shows the Herts Regiment at their summer camp shortly in the early 1920s - (not 1920 when they were at Yarmouth). Does anyone know which year (if any) the Hertfordshire Regiment had a camp at Eastbourne.
Posted by Chris Reynolds at 6:57 PM