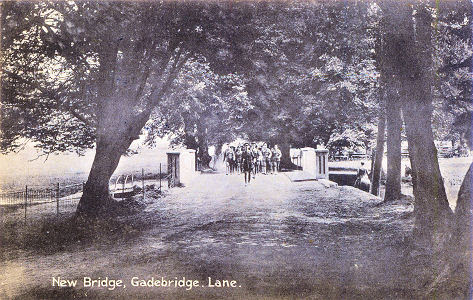 Shortly after the Royal Field Artillery of the 2nd London Division moved into Hemel Hempstead in 1914 work started on building a wooden camp. The shortest route between the camp and the centre of the town was through a ford on Gadebridge Lane.  In March 1915 my grandfather, Walter Locke, was borough surveyor, was responsible for building a bridge over the ford which was published by George Day of Hemel Hempstead.

Click here
for biography of George Day, and other post cards he published
Posted by Chris Reynolds at 11:12 PM