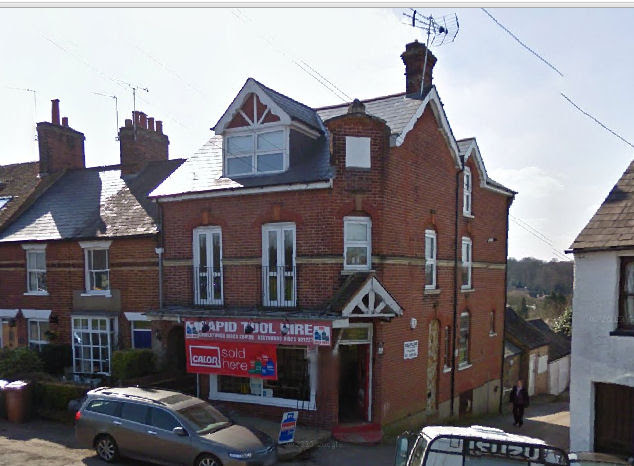 Toni is looking for an early picture of this house, facing the Common at Chorleywood, so the exterior can be restored to what it was like 100 years or so ago (before the garish shop front!).  Can you help? It is possible that a partial view might be on a picture of the nearby chapel (now closed) which is a few yards down Colleyland.

In checking the history of the house it would seem it was built between 1891 and 1899 and in 1901 was occupied by a baker called Frederick Baldwin. The property was still in use as a baker's shop into the 1960s and possibly later. Interestingly Frederick appears to have taken lodgers and between 1899 and 1901 the writer William Sharp (who also wrote under the name of Fiona McLeod) took rooms in the house, in part to get away from the winter smogs in London..
More Details
Posted by Chris Reynolds at 2:52 PM