Picture of the Hoy family of Barkway - Can you help? 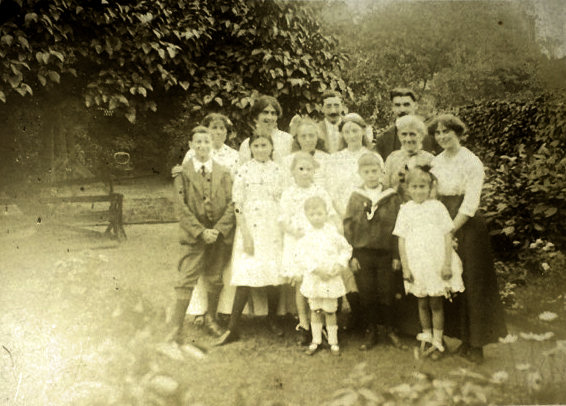 Margaret write: My father Leonard Andrews was grandson of Edwin Andrews and Martha Hoy.  This photo he claimed was the Hoy family and taken around 1910/1914 I would guess by the age of my grandfather who is standing at the back next to my grandmother I think!  Perhaps someone who recognise the garden it was obviously quite large with anise seat around a tree. If anyone recognises this as a garden in Barkway this would be interesting.

Let me know if you can throw any light on who is in the picture and who any of the people are. The 1911 census shows that Alfred Hoy (35, farm labourer), his wife Frances (28) and son Ernest (1, born at Royston) were living at Newsells, Barkway.
Posted by Chris Reynolds at 9:05 PM