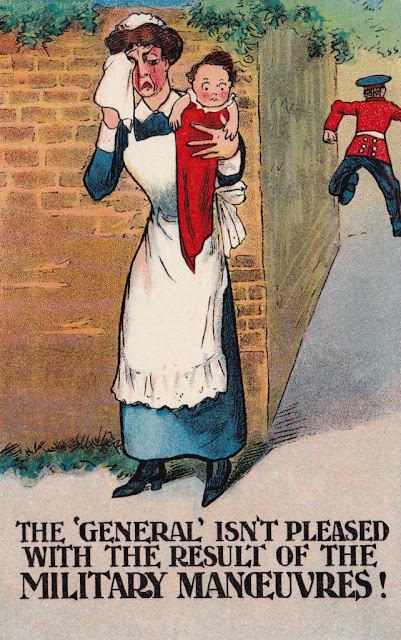 When the First World War broke out there was a rush of new post cards which showed our soldiers in a good light.

But there was a problem in that in the years before the war there were "comic" post cards which painted a less favourable view of our armed forces.

The answer was to redraw and reissue the cards to show things as they were now that our gallant men were fighting at the front.

See what changes were made

Note - If you could only afford one domestic servant she did all the jobs around the house and was often referred to as "The General."
Posted by Chris Reynolds at 11:50 AM