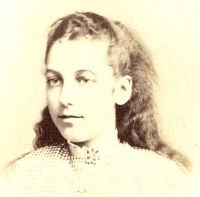 Earlier this month I posted information on Thomas Latchmore, and while no-one has yet identified the school photographs I have now discovered a lot more about the earlier photographer,  George Avery - and also some more about Thomas.

George Avery (1838-1911) was taking photographs in Kent before 1864, but had a studio in Brand Street, Hitchin, in 1866, and took a portrait of a this girl - apparently in her late teens. In 1870 he married a Hitchin girl, Lucy Jane Bentley, sold his business to Thomas, and returned to Kent, where he continued as a photographer. 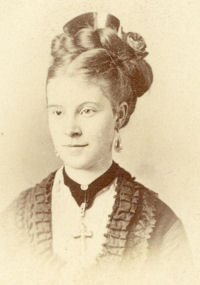 I also obtained two extra carte de visite by  Thomas Latchmore  from the same source and one appears to be of the same person, now possibly in her 20s. There was also a later picture with a different back. While I still do not have a precisely dated picture it is now possible to arrange three different Latchmore backs into date order, the latest being shown here.

Posted by Chris Reynolds at 6:09 AM