August report - and "Behind the Scenes" Correspondence 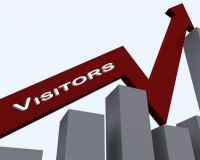 During August the number of page views on the Newsletter was 5793, which is the second highest ever, the highest being influenced by the Japanese Garden post which attracted over a thousand views in a few days. There have been over 24,500 visitors to the main web site - a record for August, and with over 180,000 visitors so far this year we are clearly going to meet the quarter of a million visitor target for the year.

I have been trying to cut back on the time I spend on this site along the lines of my Post Future of this Web Site - Thinking Ahead 2013-2018. The William Brown Account Book Project is getting underway with three detailed notes and the other 20 posts in August include some lightweight quickies - such as the historic recipe for Brown Pea Soup. However I have been busier than ever due to an exceptional amount of behind the scenes correspondence. In the middle of the month I mentioned that my mail box had been very busy - and below are some of the subjects covered in August. Where appropriate the relevant pages on the main site will be updated or created as time allows, and clearing the backlog (plus other non-genealogical activities) will mean that there could be fewer completely new posts in September. There are almost certainly going to be more delays in answering mail.

Read on for summary of the "Behind the Scenes" Correspondence.


Anthony posted a useful reference to a drawing by Turner of Arbele Trees - and I have updated the relevant page on the web site. He also found a quote by Pope (as a quotation by Pevsner) and I am following another line - so there could be another update in September.


Chris has provided some updates on the modern Symington family member and anyone interested should contact him for details.

I have exchanged information with David about the school photographer Percy Buchanan and his father-in-law Carl Willhelm Stackemann - and also made a couple of minor updates relevant to dating Percy Buchanan's cards, in one case with information provided by Jan.

Debra asked about the Oxford Club Home, in Marlowes, Hemel Hempstead, circa 1911, and I have come to the conclusion that in 1841 there were three large adjacent houses south of the Hospital - Brooklands, large boarding school later called Maynards which spilt into two, one half housing the Oxford Club Home, and Camden House. It is not clear whether the Oxford Club Home was associated with the Oxford House Movement, and while I have replied to Debra I want to do a bit more research before posting information on the histories of these three houses. If anyone has any pictures showing these houses I would love to hear from you.

Diana was looking for photographs of her ancestor Hubert A Rumball, of Harpenden - and also a picture of family gravestones. I suggested she contacted the Local History Society and the church.

In 2011 Gabby asked about Arthur William Vaisey (1851-1939) and I posted a page identifying members of the Vaisey family of Tring. Now Tom has pointed out that (Sir) Thomas Vaisey Scrivenor was High and acting High Commissioners of Basutoland, Bechuanaland and Swaziland.


Greg asked if I could  research his house and street (far too wide a brief when my time is very limited) but I was able to give him some guidance as to the kinds of information he could find in his local library.

Earlier this year I helped Ian with his Willson ancestors, who were Governors of Hertford Prison. He has sent me a file with detail of John Byde Willson's life in Australia which I can forward if you are interested.

I provided a different Ian with a high resolution post card image, and OS Map of Tring Station, together with information on the dating of the station houses, and he provided images of two documents relating to the building of the station in 1837, and a picture of the original mission hut.

Janet was looking for an ancestor who used the surname Glanwood when he married - but unfortunately it seems likely that was not his real name and he possible used the invented stage name of a contemporary actress. This makes further research, and useful connections with Hertfordshire, unlikely.

I sent John a high resolution copy of an early Valentine post card of Hatfield House and an 18th century road map. A question relating to Harpsfield Hall may well be covered with an information page next month.

June was at Coombrook School, Hemel Hempstead, between 1950 and 1955, which falls outside the period covered by this web site, and suggested that the web sites OurDacorum or Friends Reunited were more relevant.


Because I need to control my work load I can only accept questions which fit into my guidelines. If only I had infinite time I would like to help everyone - so sorry Karen but if you want help you must find someone else to ask.

Nanette asked about her Freestone ancestors from Shenley and I was able to send her a picture of her father's shop and some information on the family.She has now provided a painying and an information page is planned.

In connection with the recent query about the Austin family of Berkhamsted, John pointed out that the memorial inscriptions in Three Closes Cemetery are available online. They are part of the web site for St Peter's Church, but appear not to be accessible from the home page.

Mike is interested in the history of Tring Mansion, in the context of the Brown Account Book and hopefully we will be in touch after the holiday period.


Robin is interested in the Conisbee family prior to 1700 in the Lilly/St Ippollitts are of Hertfordshire, but apart from pointing out that some of the registers have just gone online on FindMyPast I was unable to help.

Roger says W.A. Dixon's brick quarry near Marshalswick, St Albans, was used as a corporation rubbish tip - and as a result I am hoping it will be possible to get some Heath Farm milk bottles!

Suzan wrote about a family tradition, relating to the William Cowper, or spent some time in Nathaniel Cotton's Asylum in St Albans. The story is almost certainly wrong but there may have been some confusion between William Cowper and events involving his grandfather.


Veronica lives in St Albans and has found some bricks with BB on the frog. Could they have come from one of the Victorian brickworks close to Beech Bottom, Bernards Heath. Jon tells me that Bovingdon Bricks started in 1922 - so if the bricks are older they could not be theirs.  I would love to hear about other similar bricks found in the St Albans area.

In addition there has been various correspondence in connection with the Sandridge 900 celebrations next year, and I am likely to become involved - perhaps producing an updated edition of my Bernard Heath Book.
Posted by Chris Reynolds at 8:00 AM