The Effect of Weathering on Sandstone Gravestones 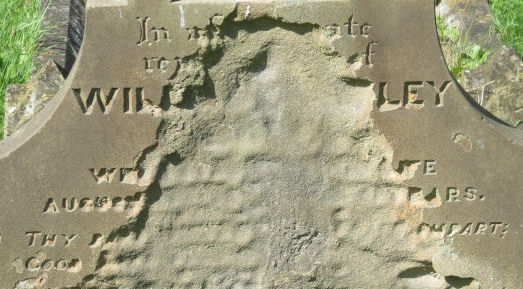 During the mid-to-late Victorian period many of the middling classes decided to have tombstones, rather than mark graves with wooden grave boards. The stone markers were meant to be more permanent - but quite a lot were made of fine-grained sandstone. If there were any "flaws" that let the water get in, and even worse freeze, the surface started to disintegrate. And unfortunately indentations that made up the inscriptions tended to be particularly vulnerable.  As a result you can find stones in which nearly all the inscription has fallen away.

About a week ago I was in the graveyard at St Albans Abbey, and noticed that many of the stones from around 1870 suffered from "stone rot" and photographed a number to see how far I could reconstruct the original inscription.

Have a look at how I got on.

Posted by Chris Reynolds at 3:52 PM