Low Water at Startops Reservoir - Picture of the Day on Geograph

It seems somewhat ironic that on January 23rd Geograph selected one of my pictures of the effects of drought on the Tring Reservoirs to be  "Picture of the Day" when a visit I made a few days earlier had shown that all the reservoirs in the area were filled to capacity, much as I reported in a Rural Relaxation note in April last year. This picture shows (not very clearly) part of the medieval ridge and furrow area I reported here on December 3rd 2011 and March 11th 2012.


One of the frustrating things about Geograph's "Picture of the Day" is that the photographer is not told when one of his pictures has been selected and it sometimes appears years after the picture had been added to the web site. (I posted the above picture on January 24th 2012)  I know two other pictures of mine have been selected in the past - but there may have been others. 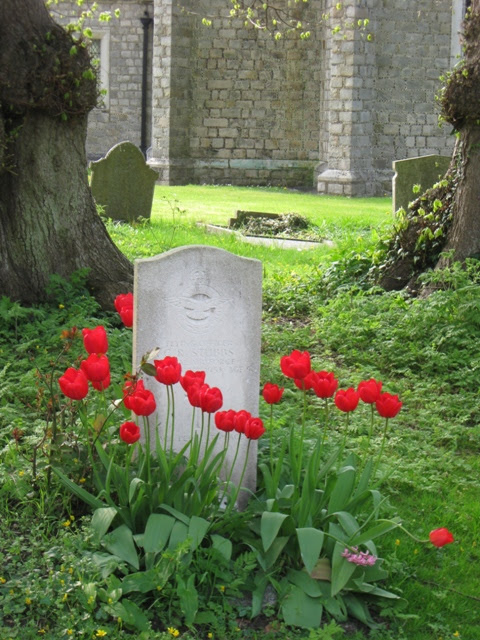 The first was this picture of tulips round a war grave in the churchyard at Halton, Bucks, near Tring, which I took in 2009, together with other pictures of the church and village.

The other was this view of  barges moored on the Grand Union Canal at Marsworth on a frosty winter morning in December 2012.
Posted by Chris Reynolds at 7:19 AM