A useful trip to St Albans

Last Saturday I went to St Albans to visit some of the special events for residents which, I now learn are held every year on the final weekend in January, before going to the monthly meeting of the Herts Family History Society. 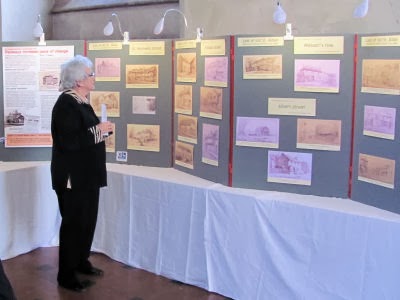 My first stop was to the North Transept of the Abbey where there was an exhibition of pictures of St Albans about 100 years ago put on by the SAHAAS. It included copies of many pictures by the local artist Holmes Winter, and I plan to do a page on his work later in the year. During the visit I had a talk with a number of members and Jon told me they have now located a map confirming the location of the Chalk Hill and Gorhambury Rifle Ranges. 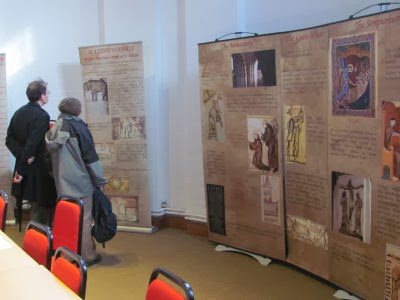 I then went for a quick cup of hot chocolate in the Abbey Refectory (well worth a stop-over if you are visiting the Abbey).

As you enter the Refectory a doorway takes you upstairs to the Abbey Library where there was an exhibition celebrating the life of Matthew Paris. Matthew was a Benedictine monk who lived in St Albans Abbey - and was a very significant historian, although as he died in 1259 his works have little immediate relevance to most people researching their family history.

I then detoured to a bookshop in St Peters Street (with a small cafe!) where I spent a Christmas book token on a copy of Hertford - A landscape history. It looks like an important document for understanding the development of the county over the centuries - but is more for the local historian than than genealogist. It has been added to my "To review" list 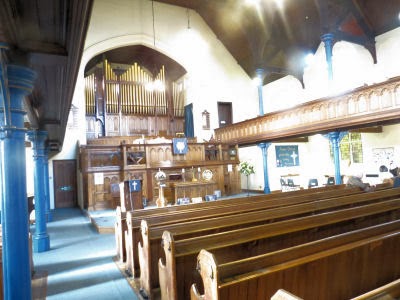 Marlborough Street Methodist Church was next on my list. It was built in 1898 - almost certainly using Jacob Reynolds bricks from Bernards Heath. It has cast iron pillars supporting the gallery and a magnificent organ which was being played while  I was there. I took a number of pictures and have created a page for them and added a short historical text from their exhibition.

I then traveled to Woolmer Green to hear Jon Mein give a talk on the work being done by the First World War Team of the SAHAAS in recording the Military Tribunals during the First World War. Unfortunately the original Tribunal Record have not survived - but those of Middlesex have - showing how much information has been lost. He mentioned Arthur Tyler, who had been a milkman working for my great grandfather at the Heath  Farm Dairy, and who gave his life fighting.
Posted by Chris Reynolds at 8:34 AM