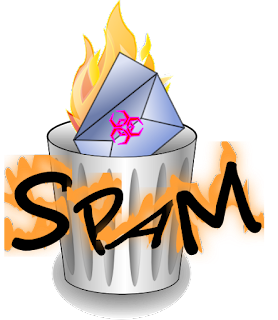 At the end of July one of my least used email addresses was hijacked and a large number of spam emails were sent out (presumably containing some kind of nasty) as if they had been sent by me. As far as I have been able to ascertain no spam was sent out from @hertforshire-genealogy.co.uk and no messages were sent to people in my email address book. However if you heave received spam purporting to be from me over the last week or two please accept my apologies.

I spotted the problem at about the same time as did my ISP - VirginMedia - and they sent me a urgent action letter by post on the 27th July which was sent by second class mail and didn't reach me until the 4th April - by which time I had sorted the problem out myself.
Posted by Chris Reynolds at 8:21 PM