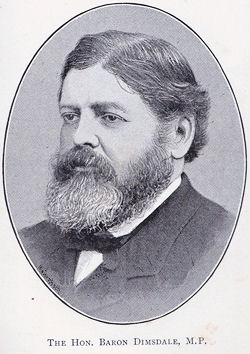 The next occupant was David Citroen who paid £13,500 for the house and 100 acres of parkland. He was only there for a short time as the house was sold again in 1917.

The house still stands, but has been subdivided into a number of separate houses.

For much more information see
Baron DIMSDALE and Essendon Place
This post was initiated by Peter who requested information on the 7th Baron Dimsdale as a result of the post Vanity publishing by Truman Press
Posted by Chris Reynolds at 12:54 PM