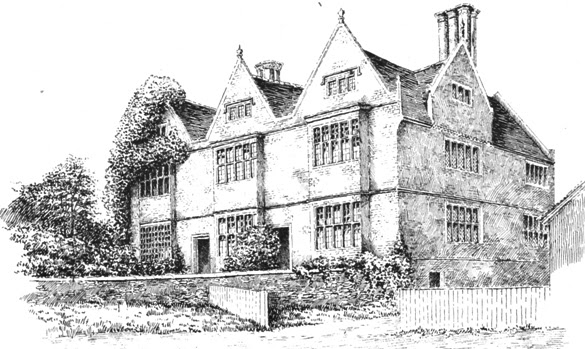 Sarah Jennings was born at Water End, Sandridge (now in Wheathampstead) and little could have her parents guessed that she would end up as the Lady of Blenheim Palace! My interest in the house arises because my Great Great Grandfather, Dolphin Smith, moved there in about 1843.

However the reason for mentioning the house now is that Harvey's father worked as a gardener at the house in the mid 20th century. As a result we now know that at that time the house was occupied by Colonel Bertram James Walker and his second wife,  Lucie Marie Ludovika Anastasia Adelheid Karola Hedwig comtesse Haugwitz-Hardenberg-Reventlow of Denmark. Harvey also provides an interesting description of the interior of the house - including an inscription "SJ" which is said to have been put there by Sarah Jennings.
Posted by Chris Reynolds at 8:04 PM