A Memorial for the Herts Regiment on the Western Front 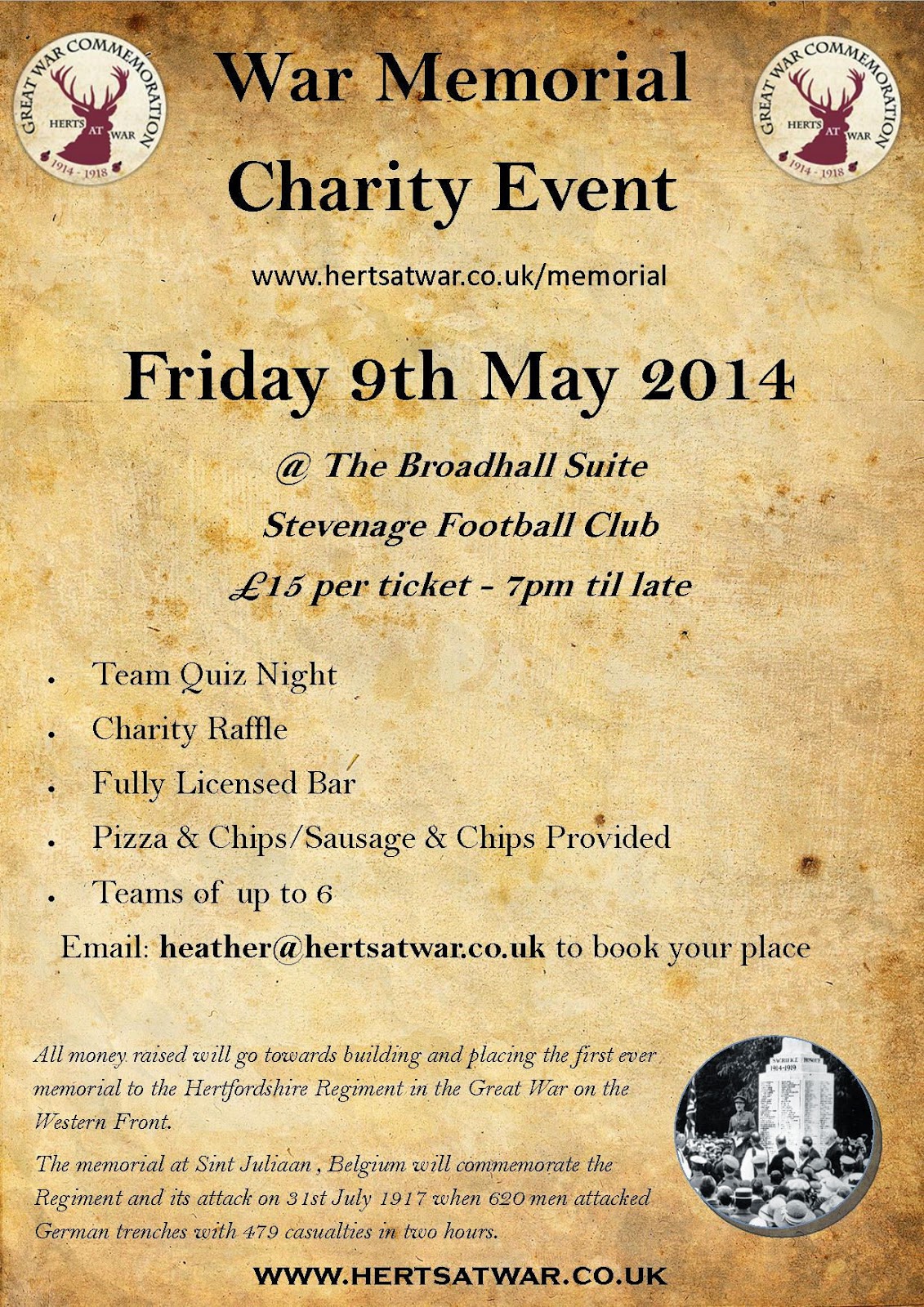 The Belgian Government have granted permission for Herts at War to place the very first Memorial to the Hertfordshire Regiment on the Western Front.

The memorial will be placed just outside the village of Sint Juliaan, north of Ieper (Ypres) and will commemorate the Regiment's infamous attack on 31st July 1917 but will also stand as a tribute to all who served in the 'Herts Guards' throughout the four years and six days that they spent on the Western Front.

A Charity event is being held on 9th May to raise money to pay for the memorial. See http://www.hertsatwar.co.uk/memorial
Posted by Chris Reynolds at 10:30 PM