The Railway comes to Tring on Wednesday 20th September 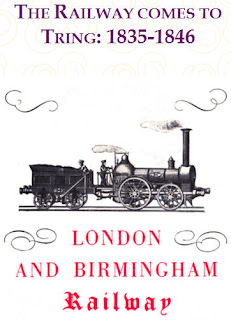 Ian Petticrew is a local historian and joint author, with Wendy Austin, of several books, including one on this subject. On Wednesday, 20th September, he will be giving a talk to the Tring Local History Society at the High Street Methodist Church, Tring.

Tring Station is at the summit of the London to Birmingham Railway (the world's first mainline route) and his talk will cover the engineers, selection of the route, the Act of Parliament, construction contracts, illustrations of the line under construction, stations, locomotives and early timetables.


Further information on the Railways of Hertfordshire
Posted by Chris Reynolds at 8:03 AM