Why was Barrack Row, Aldbury given its name? 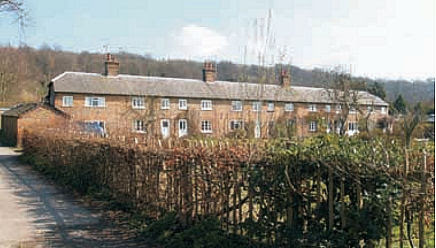 This row of cottages was built early in the 19th century after Ebelthite Farm was demolished as part of the improvements in Aldbury carried out by the Earl of Bridgewater (at Ashridge). The cottages were first called "Slated Row" because they were among the first building erected in the village, using non-local building materials brought along the Grand Junction Canal.
Rita has written to ask why the cottages are now called "Barrack Row" and I look at the Row's history and while I come up with a suggestion please feel free to comment is you have a better idea.
Posted by Chris Reynolds at 10:04 AM