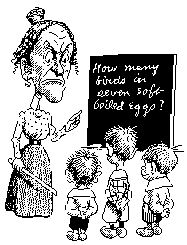 Linda has discovered that Henri Lemenager, the Watford photographer, was related by marriage to Henry Lewis Biggs, who ran the Bourne Hall Academy in Bushey - where Henri worked for a time around 1861. She commented about the lack of information about the school and as a result I have drafted a history, as far as I could, with a picture of the building, map showing its location, and a list of the pupils I have identified from the census returns.

I have added brief information on the pupils who were born in Hertfordshire. Herbert Austin was a paper manufacturer of Solesbridge Mill, Chorleywood; George Capel was the son of a master upholsterer of Watford,; Edward Hampton, and his brothers, were sons of Edward Hampton, a local master baker who later had the Swan Inn, Rickmansworth; and Harry Finch Woollatt was the son on a farmer living at Samwells Farm, Sandridge.

Information on small schools such as this one is hard to find - so if you can add anything  - such as your ancestor went to this school, please let me know and I can add the information to the school history.
Posted by Chris Reynolds at 8:01 AM