Hertfordshire and the Public Catalogue Foundation 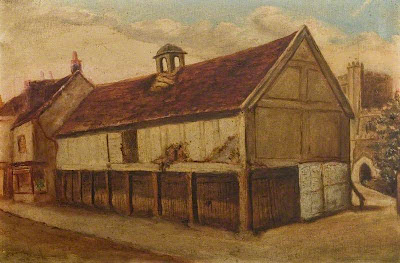 The Public Catalogue Foundation has been recording the oil paintings in public ownership in the United Kingdom and this can be viewed on the BBC site Your Paintings. I decided to have a look to see if there were many that could be relevant to this web site and a search for "Tring" produced a number such as this one of the Tring Market House, which is held by the Dacorum Heritage Trust on loan from the Tring & District Local History Society. A search for "Hemel Hempstead" showed three pictures held by the Dacorum Heritage Trust - The Six Bells Pub, Bury Road (which had been given by Stephen Hearn, of Tring Market Auctions), Hemel Hempstead Market, showing members of the Cranstone Family (purchases with money from the Heritage Lottery Fund), and Highfield Farm, Hemel Hempstead (donated by the artist, David Neal). Searches for several smaller villages produced nothing by I found this lovely painting of Redbourn Church painted in 1901 and on display in the Wardown Park Museum, Luton. 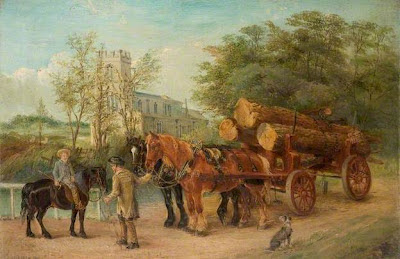 While this new site does not many  Hertfordshire paintings why not add a comment here if you find one relevant to your family history!
Posted by Chris Reynolds at 11:00 AM