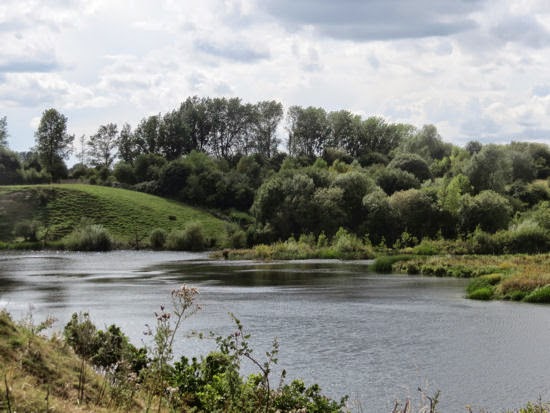 On Sunday we had a bit of a storm at Tring but once it had passed I decided to got to College Lake for a walk and cup of coffee - but couldn't get there as the road was closed because power lines had been brought down near the bridge over the canal at Bulbourne. So on Monday I went to see what had happened.
OK I was a day too late to photograph the whirlwind but had come from the west and cut a gap (see above) in the tall poplar trees that border the Canal.  Between those trees and the smaller ones closer to the water there is a small hay meadow and the second photograph shows broken branches that were lifted by the wind and drop in the meadow. Other branches could be seen on the track leading back to the Visitors Centre. 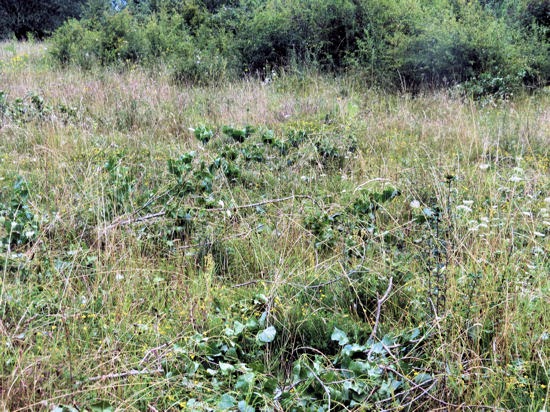 The whirlwind swept across the lake, a visitor's photograph showing the water whipped up by the island on the right in the first photograph. It then crossed out of the reserve and brought down a tree in Northfield Road, about quarter of a mile away.
Posted by Chris Reynolds at 9:57 PM