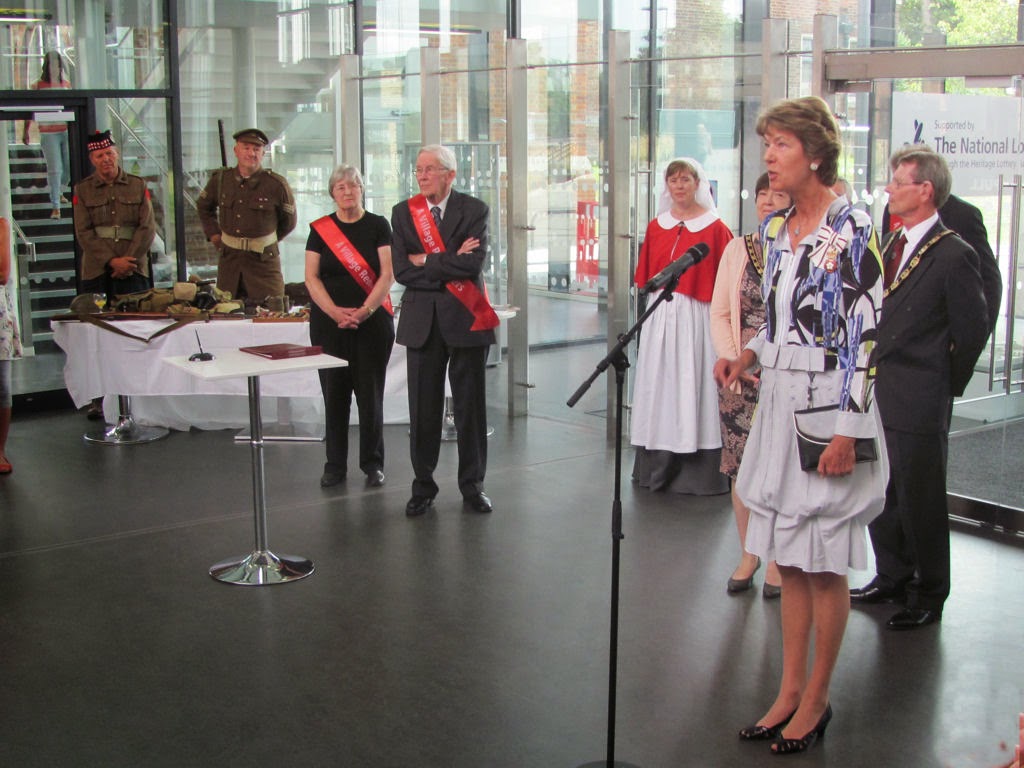 Bushey
During the Great War
A Village Remembers

at The Bushey Academy
4th-24th August

The exhibition was opened at 11 am on 4th August by the
Lord Lieutenant of Hertfordshire, the Countess of Verulam.

A musical interlude was provided by the
Tonic Choir 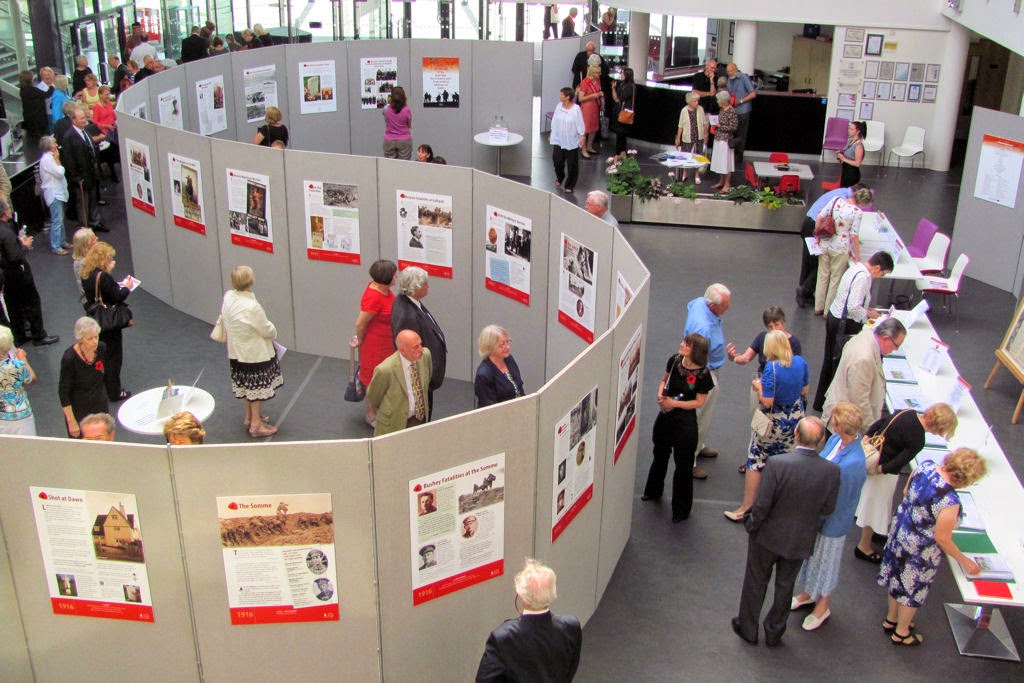 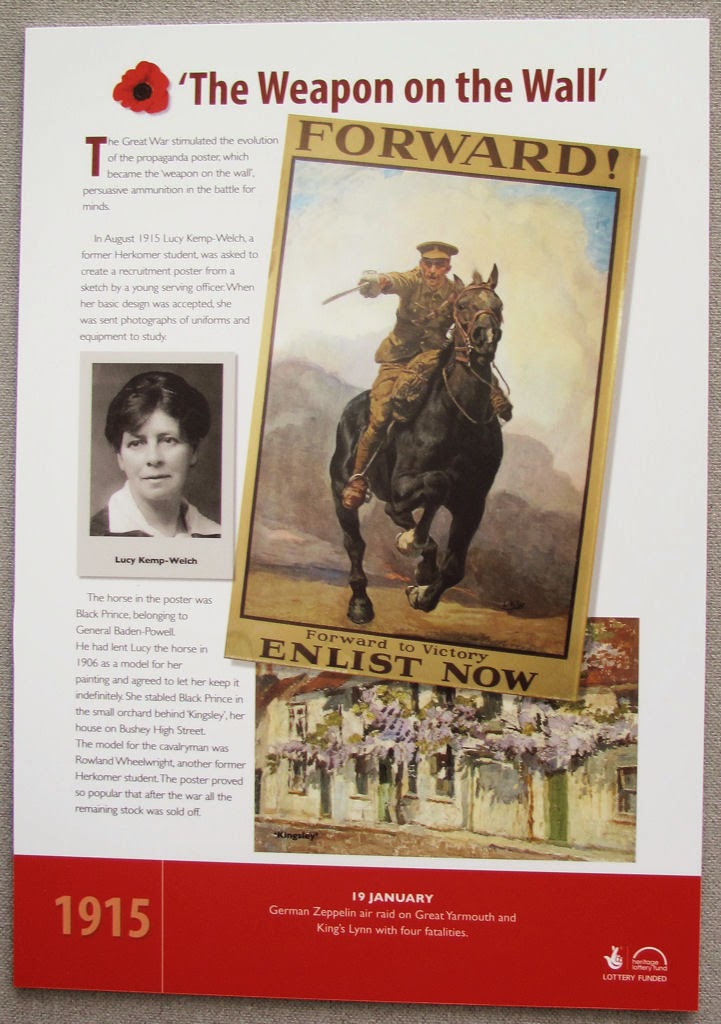 The centre of the exhibition was dominated by a series of about 40 excellent display panels, such as the example shown here.

To one side there were tables and further panels relating tho those who did not come back - with about half a dozen volumes of biographies of individual servicemen, with pictures were available.

Another series of panels showed document from the war - including photocopies of a large number of letters sent from the front to the family in Bushey. 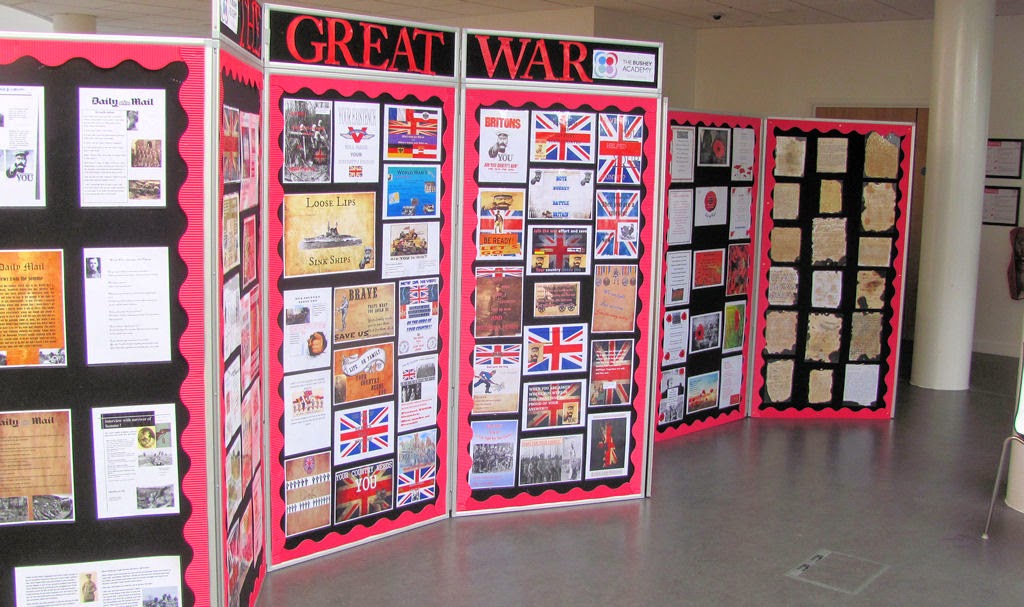 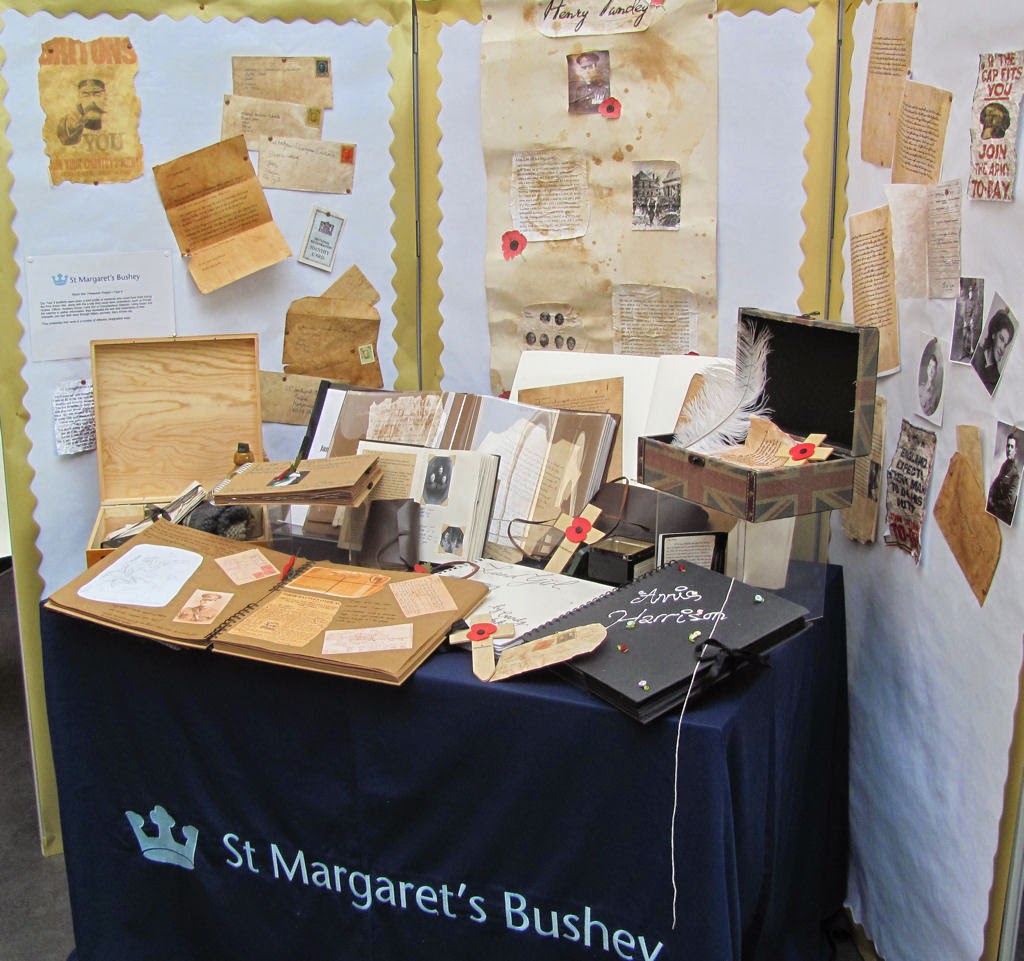 There were two display with original artifacts on display at the opening which I suspect, for security reasons will not be in the full exhibition.

One was an imanagitive project relating to the war put together by pupils at St Margaret's School.

The other, accompanied by two soldiers in contemporary uniforms, was a display of weapons and other kit of the type used at the Front. 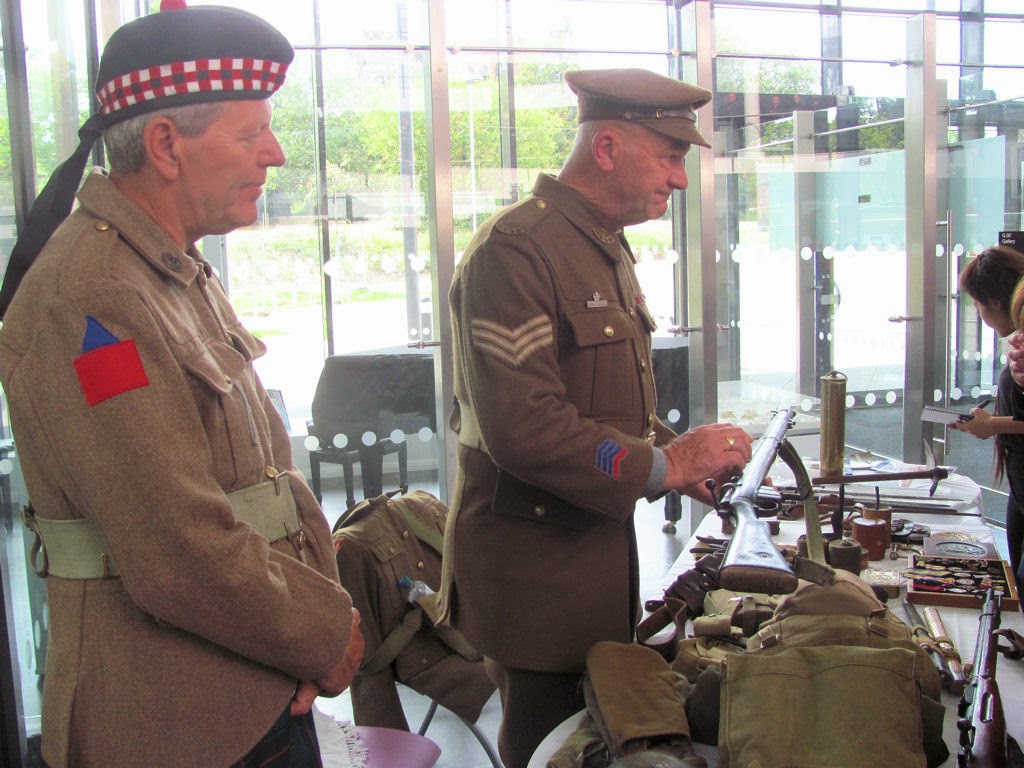 
There are also a number of interesting sounding events to accompany the exhibition during August.

The Trustees of Bushey Museum, and their enthusiastic helpers need to be congratulated on such a well planned and comprehensive exhibition - and they have set a high standard for other towns and villages in Hertfordshire to follow.
Posted by Chris Reynolds at 2:49 PM