Something to do over Christmas 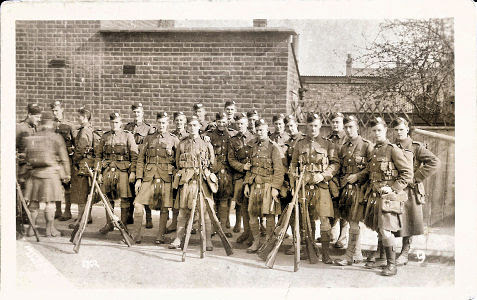 Valerie's grandfather was in the London Scottish Regiment and she has kindly supplied a picture of some of the soldiers who were trained in Hertfordshire during the First World War, photographed by the Watford photographer, Harry Cull, who took so many photographs of troops training in the area. The negative number suggests that the picture was taken after the first line of the London Scottish went to France, and this picture may show new recruits of the second line.

Such contributions to this web site can help to make it more useful to more people. So how can you help over the Christmas Holidays?

My current plans are to significantly increase my coverage of the First World War in time for the anniversary of the outbreak of war in August 1914. I would like to include one or more pictures of soldiers in each of the units who trained in Hertfordshire, and also of the military hospitals. and not just Napsbury, but some of the many smaller Military Hospitals based in large private houses, such as those at Boxmoor, Gustard Wood and Kings Walden. Pictures of camps such as Britons Camp and the one at Hitchin, and of military training will be included when I can get them. 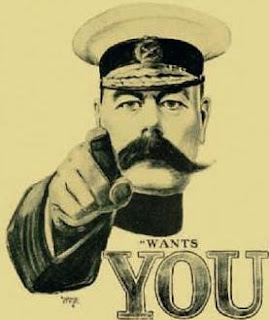 If your ancestor was in the First World War and was trained in Hertfordshire, or was a member of the Hertfordshire Regiment, why not.over the Christmas holiday, look out any relevant photographs to add to the online Centenary collection I am preparing. Tell me what you have, and I will send you instructions for sending digital copies - and I may be able to tell you more about what he was doing or what the picture shows. Simple information, such as the address where he was billeted can be useful, while messages home on the back of post cards can be most helpful in revealing .

In addition, if you know of web sites or books which have World War 1 pictures of troops training in Hertfordshire tell me the URL or book details. The more information you can let me have the better we can celebrate what our ancestors did to protect this country in 1914-1918.
Posted by Chris Reynolds at 7:13 AM