There has been a lot of email correspondence and other activities related to the site during February, complicated by the fact that I have moved all correspondence onto my newest computer - while the master web site has had to remain (due to software incompatibility) on my old system. The following is a summary of the more important activities that have not already been covered in this Newsletter. 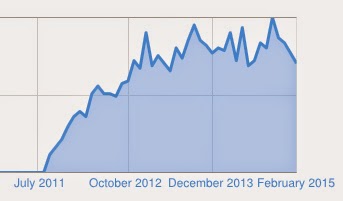 
Activity on the main site and the newsletter have been comparable with recent years, but the number of emails I have received appears to have gone up. The only disappointing thing is that while there have been over 230 visits to the "Donations" page there has not been a single donation into the online collecting box for the mentally ill in Hertfordshire.

In March 1915 the London Gunners left Hemel Hempstead for France in 1915, and to record this work has started on adding some more photographs together with  information supplied by Margaret on her Grandfather  who was in the 17th Battery at Hemel Hempstead.

I found a "lost" page of information on John George LAWRENCE, a photographer who took pictures of the troops in Hemel Hempstead in the First World War. Links are now in place to help you find him!

Mrs Allen comments on the First World War photograph of Reuben Randall or RANDALL connections with Watford and Canada, Early 20th Century and draws my attention to the 102nd CEF website

Peter has written to say his Great Great Grandmother Sophia Saunders (nee Spriggins) [See SAUNDERS, St Pauls Walden & Ippollitts, 19th Century] had a younger brother James Spriggins, who was a bricklayer who left Hertfordshire for London (1841 census) and who may have then gone to Australia. He wonders if there could be a link with SPRIGGINS, Walkern, 1840s. I don't have time to investigate - so does anyone else have any ideas?


Heather pointed out that the early family history on Walter THOMAS, Mill House, Tring, c1895-1946 was incorrect, and thanks to her the page has been corrected and updated.


Several people have come up with suggestions as to the identity of the mystery house near Hitchin (link) but in each case an investigation, including a comparison with historic pictures of the suggested buildings, failed to solver the mystery. Further comments on the house's identity are welcome.

Ivan has provided a short update to the page on the Brickmakers of Ware.


In 2010 there was a lengthy discussion on this site about NASH, Frogmore Mill, Hemel Hempstead, Early 19th century and one of the problems was that Henry Nash was recorded as dying in 1825 and his daughter Anne was born in 1828! Peter has now got informaorotion from the Boxmoor Baptist Church records that shows that Henry actually died in 1828 - a couple of months after Ann was born.


In some recent correspondence about JOHNSON, Albion Inn, Hemel Hempstead, Late 19th Century I suggest that the evidence suggests that the old pictures showing people were not taken outside the Albion Inn.

In January I posted "Genealogy in Hertfordshire" statistics for 2014 and started work on a report on how the online genealogy scene had changed since the site started. I hope to get this finished by Easter  as part of the plan to come up with suggestions for the long term future of this site and the information it contains

Work on the First World War will continue with the weekly Tring News reports, plus reports relating to the Royal Field Artillery leaving Hemel Hempstead in March 1915.

Tim contacted me to tell me that one of his relatives, Catherine Dearman was at the Jolly Waggoner, and I have done some research on the history of the adjacent pubs, the Old Bell and the New Bell (later the Jolly Waggoner) at Ardeley, which will appear shortly.

A review of Philip Wray's new book on Preston is planned. (New works are always considered for review - so if you are publishing something let me know.)

Following my mention of the Watch the Birdie web site, Christine has kindly sent me scans of the backs of carte de visite (CDV) of several Hertfordshire Photographers. In addition I have recently acquired about 20 more Victorian examples which will help with dating - and the plan is to create or update all the relevant pages over the next two to three months. However if you have a Herts CDV with an interesting back, especially if there is any additional dating evidence, I would love to get a scan .
Posted by Chris Reynolds at 12:30 AM