My first impressions of the Canon Powershot SX40 HS Camera

When I visited Flog It at Ashridge I had an accident with my camera (a pocket-sized Canon Powershot SX120) which for some reason objected to being bounced on the floor! While it may be repairable I decided that initially I would upgrade to a rather larger “bridge camera” and purchased a Powershot SX40 IS. I purchased this on Friday, taking some photographs in Aylesbury and spent Saturday touring round with a view to visiting the Early 19th Century Exhibition at St Albans, and some of the Bike & Hike open churches. I also went for a short walk on the Sunday and took some more pictures - all in the auto mode.

Perhaps the first photographs I took illustrate some of the power of the system. I left the shop and went to St Mary's Church, Aylesbury. I sat at a table in the little cafe at the west end, unpacked the camera, and without reading the introductory guide took these two pictures. 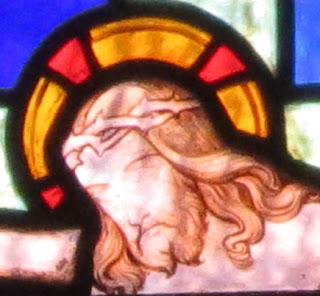 The first shot was taken with the default setting and shows the Nave with the Chancel beyond. The second was taken from the same spot by selecting the maximum optical zoom (x33) plus some additional digital zoom.  It shows the crucifix at the top of the middle window at the east end of the church, and the detail gives some idea of the resolution. (It might have been even better if I had read the manual and used a tripod!). Compared with the comparatively simple 100% manual fixed focal length camera, with 120 black and white film I had at school some 60 years ago the power of this camera is mind-blowing.

This later test shot is the weather vane on the spire of Ivinghoe Church taken from Pitstone Windmill - a distance of about 450m. In fact I really wanted the camera to take wild life photographs involving real birds rather than a metal one. So far I have only taken one wild bird shot - showing two swans, several lesser black backed gulls, and some black-headed gulls at a distance of perhaps 500m. It was not perfect (perhaps because it was hand held) but was good enough to allowed me to identify the birds.

A more demanding test was to film a butterfly visiting some flowers from perhaps 4 to 5m. The electronic viewfinder (not present in most smaller cameras) proved useful in tracking the insect's movements when I took this (cropped) picture. However the viewfinder image quality is poor by single lens reflex camera standards.

On the Saturday I spent most of the day visiting the St Albans area, and visited a number of open churches - and some of the pictures will be displayed on this site later. However I discovered an advantage which had not been on my original shopping list. The bigger zoom includes wider angled shots - which are useful in photographing the nave of a church, where you can get a good general view including the high ceilings.  The same thing applies in trying to get photographs of churches and other old buildings in narrow streets.

The chief snag, compared with the Powershot SX120, is its size. The body, excluding the lens, is only a little bigger, but the large lens means it will not slip into a pocket, although it is very much smaller than a SLR camera - and does not require interchangeable lenses. The extra power and facilities (which I have yet to explore) compared with my previous camera will be very useful for taking nature pictures on my country walks, and in photographing historic buildings for this web site. However for more everyday use such as family events and holidays a pocket sized camera which you can forget about will be more practical - and I may see if I can get the SX120 camera repaired for everyday use.


See also Second Impressions - where I take pictures of a Kingfisher and a Red Kite.
Posted by Chris Reynolds at 10:47 PM