From an old school magazine, The Mortonia.

Tommy had a little shirt
With buttons all askew,
The stitches playing wibbly-wob,
It came from Sister Sue!

He took it to the Front one day,
To show his soldier brothers -
They said 'twould frighten all the Huns,
So please do send some others. 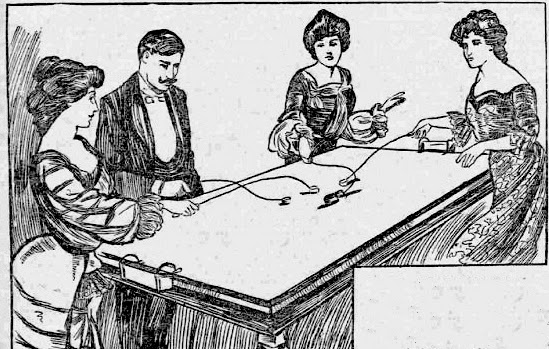 Sister Sue is a reference to the First World War Tonguetwister Song in which each chorus is sung faster and faster .... The first version was written in 1914 and the following verion popularized by Al Johnson in 1916.
"Sister Susie's sewing shirts for soldiers
Such skill at sewing shirts
Our shy young sister Susie shows!
Some soldiers send epistles,
Say they'd sooner sleep in thistles
Than the saucy, soft, short shirts for soldiers sister Susie sews."
Posted by Chris Reynolds at 8:00 AM