I don't always get things right! 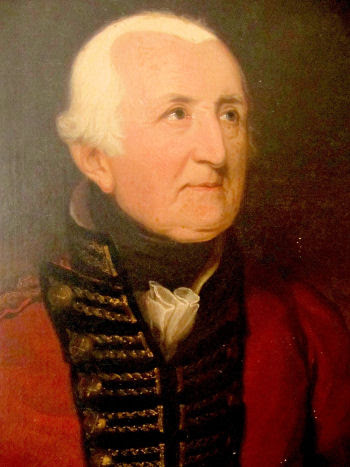 Almost a year ago Steve asked me about a painting of General Cornelius CUYLER, Danesbury, Welwyn, 1799-1819 and in the subsequent discussion I speculated on the reason that one of his daughters, Harriet Fanny Cuyler was buried in the tomb of the rector of Welwyn ...

Now Leslie has sent me some very interesting extra information about Harriet, which shows that she was became head nurse for Lord Melbourne at nearby Brocket Hall so I decided to look into the history a bit further and found that there was a perfectly ordinary explanation for Harriet being buried with Samuel Jahnes Knight. She was buried with her sister - who was Samuel's wife!
Posted by Chris Reynolds at 6:04 AM