I was very excited when I got Terence's query about his Timson ancestors from Berkhamsted. My first ever job was with Coopers in 1962 and I was an information scientist whose job involved handling research and development reports from the South African subsidiary. So not only have I been able to help Terence with his query about Timson, Berkhamsted & South Africa, 1850-1930 but I have learnt something about the origins of my first job! 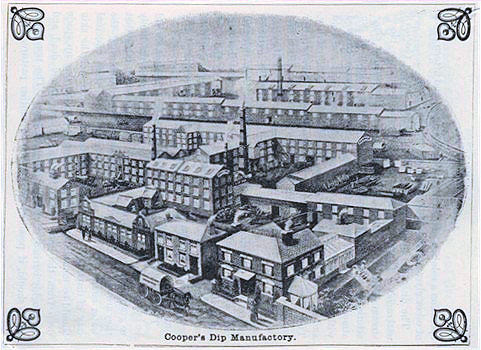 Cooper's main product was sheep dip - and the company was successful because it was actively promoting its products world wide. An earlier query by Larry had told us something about the early commercial links with America. The current query throws light on how Samuel Rowland Timson came to play an important role in the Cooper story (were the Berkhamsted Freemasons part of the picture?) and something about how the links with South Africa were made.

While much of the information could be gleaned from census and trade directory data, there was also interesting information on visits by members of the Timson family, almost certainly on Cooper business, to Buenos Aires, Cape Town, New York, East London and Sydney.
Posted by Chris Reynolds at 5:57 AM