Did your ancestor play football for Batford Juniors? 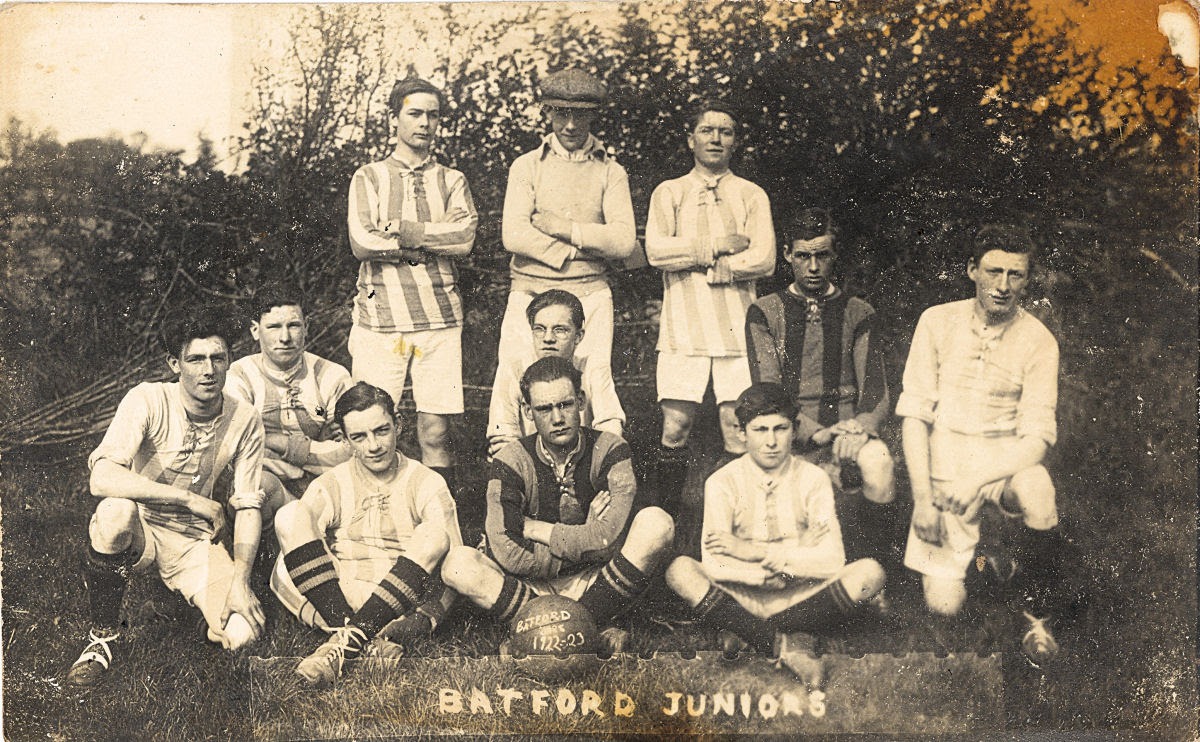 This team is Batford Juniors, the ball carried the words "Batford Jnrs 1922/23" and they come from Harpenden.  The youngest was not much older than my father - so there must be some people still alive who knew some of these footballers. So can you help put a name to any of them - or provide other information about the club. A larger image is available in case it helps you to identify a face. The photo is in black and white - so what colour was their strip?

In fact this is only one of the football club pictures that are crying out for identification on this web site. Do you know anything about the Berkhamsted cup-winning football team at the end of the 19th century? We know the names of The Impossibles - but apart from the fact the the picture was taken by a Watford photographer we don't know where they played. The Walkern Football Club won the Greg Cup in 1912 - but we only know the name of one of the team. There are also some St Albans Clubs about which little is known, such as the Stanville F.C., the Adult School F.C. and the Glenfield F.C.
Posted by Chris Reynolds at 6:56 AM