Halton and the Northumberland Fusiliers, WW1

I have posted a new view of Halton House from a post card from 1914. While the date is not clear the card was sent to Northumberland and in August 1914 the Northumberland Fusiliers were based in Berkhamsted but after a couple of weeks moved to Halton. Later in the war it became a flying school - and part of the Royal Air Force. 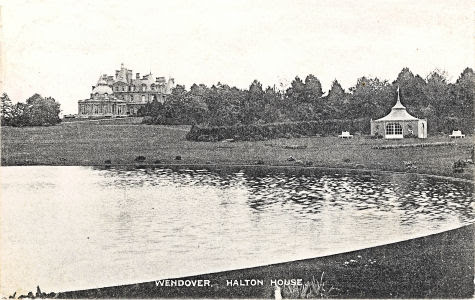 In addition to the card I have also added to the Halton page thumbnail links to a number of modern pictures of modern Halton.
Posted by Chris Reynolds at 10:08 AM