An S.O.S. from a Pond at Watford 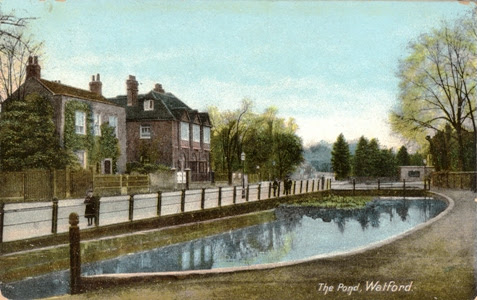 Today's issue of the Times Newspaper reported that on Sunday two fire engines and an vehicle adapted for water rescues had rushed to the pond in Watford High Street - shown here as it was over a century ago.  When they got there they found the emergency was somewhat exaggerated by the 999 caller and there was no-one in danger of drowning. Instead a rather wet squirrel was sitting among the vegetation on an "island" in the pond - unable to escape because of the concrete walls. 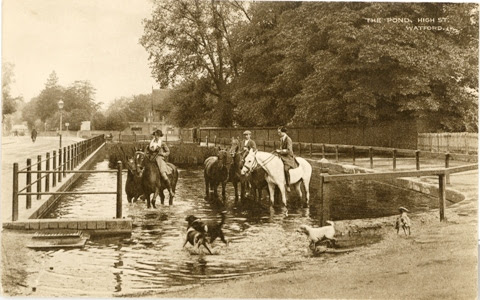 Of course the pond was originally provided as a watering hole for livestock, etc., passing through Watford, and while it has survived the building of 20th century shops on both sides of the now pedestrianized road, it now is purely ornamental. For more pictures of what it was like see Watford - The Cross Roads and Pond in Old Postcards and from there explore other parts of the Town 100 years ago.
Posted by Chris Reynolds at 9:24 PM